Spokeswoman for the State Ecological Inspectorate was fired for a single picket. The Deputy Director of the inspectorate, Rasul Artykbaev, informed 24.kg news agency.

He does not know what prompted the girl to organize the protest.

Rasul Artykbaev confirmed that Anara Mambetalieva was dismissed by the director’s order dated August 15. «Civil servants can be dismissed for non-compliance with their duties, in particular, they are prohibited from holding rallies and pickets,» he explained.

Anara Mambetalieva is not available for comment. She posted on Facebook that some employees of the State Ecological Inspectorate were involved in corruption. 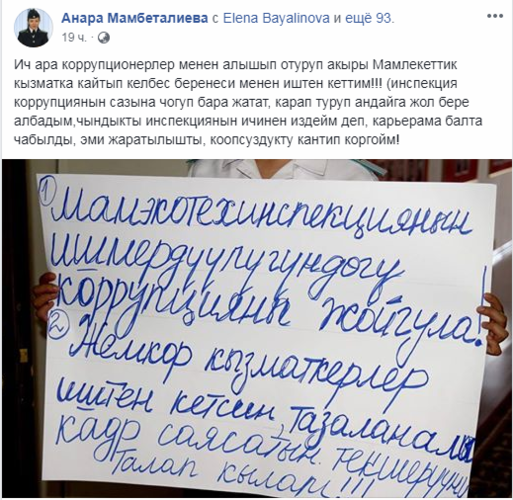