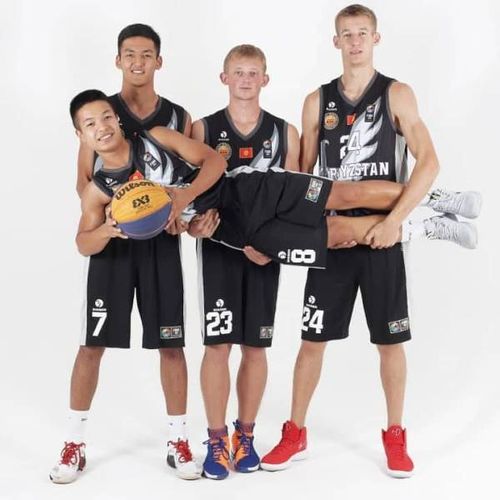 The national men’s team of Kyrgyzstan in basketball 3×3 won at the start of the summer Asian Games taking place in Indonesia. The official website of the Games reports.

At the preliminary stage, the national team was in Group B. Today, it had two matches. It defeated the national team of Bangladesh with a score 10: 7. Roman Demchenko, who scored five points, was the most productive player in our team.

Kyrgyzstanis lost the second match to representatives of South Korea — 12:21. Artem Mushtruev became the leader of the national team of Kyrgyzstan, scoring 4 points.

In the third round of the group stage, our team will meet with the team of Mongolia, and in the fourth — with the Chinese Taipei. Both matches will take place on August 25.

Restrictions on work of cafes and restaurants after 23.00 lifted in Bishkek
News brief
25 June, Friday
15:14
COVID-19: List of polyclinics vaccinating with Sputnik V in Bishkek COVID-19: List of polyclinics vaccinating with Sputnik...
15:02
Scientists to assess level of herd immunity to coronavirus in Kyrgyzstan
14:39
COVID-19: Sputnik V vaccine available for all citizens regardless of age
13:55
UN to help Kyrgyzstan with projects on combatting coronavirus
13:34
Only vaccination can prevent and relieve acute COVID-19 situation
12:54
Interior Ministry of Kyrgyzstan continues search for Orhan Inandi
12:41
All strains of coronavirus circulate in Kyrgyzstan
12:29
Surge in number of calls to ambulance service registered in Bishkek
12:17
Supporters of Orhan Inandi continue rallies near Government House in Bishkek
11:56
Number of infected with coronavirus exceeds 179.9 million people globally