Bakyt Sharshembiev: Main goal of Safe City is to save people's lives 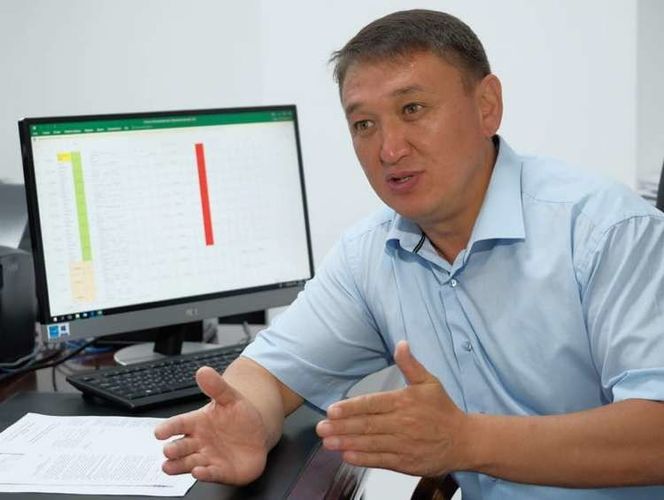 Hundreds of people die on the roads of Kyrgyzstan annually. Figures are unfavorably growing from year to year. For example, more than 900 Kyrgyz citizens died in traffic accidents last year, 104 of them — children. Attention has been drawn to the safety on the roads topic more than once, but there have been no concrete actions until recently.

Safe City project, which has not been implemented for many years, finally enters its active stage. Previously, video cameras were switched on in a test mode at four intersections of the capital: Frunze — Ibraimov, Baitik Baatyr — Gorky, Baitik Baatyr — Akhunbaev and Baitik Baatyr — Tokombayev Streets. The launch of the project in the pilot mode demonstrated the current situation on the roads and showed a direction to move at the full-scale launch. The most important thing now is to find a company that will help to implement Safe City in other important parts of the capital.

A company that will be engaged in the construction of infrastructure and implement the project will be announced already tomorrow, August 23, during an online auction. The Chairman of the State Committee for Information Technologies and Communications Bakyt Sharshembiev told about challenges at the launch of Safe City and its work.

— An online auction, which will choose a contractor company, will take place tomorrow. Tell us, please, about the procedure.

— Unfortunately, past attempts to implement the project greatly damaged its reputation. And our task is to correct the situation by making the tender as transparent as possible. We announced the tender for the implementation of this project on state procurement portal on July 20, put up the criteria and the starting price. We will choose the one, who will offer the lowest cost of implementation and will have corresponding experience. It will be held online. In addition, all media representatives were invited, because we are interested in a pure tender history of Safe City in order the people to be confident that the project is being implemented in the most open and honest way.

— Safe City is a large-scale project of public-private partnership, which failed to be implemented several times. The issue of interaction between the state and a private company has been decided for a long time. This time, a service model was chosen. Why?

— The service model is the most optimal variant of interaction between the state and business within the framework of this project. There are no risks for the state here, since not a single som from the budget will be spent on implementation, at the same time, we will receive a quality service provided by a competent company that has experience in implementing similar projects.

A contractor will receive a fixed amount from each fine; in return, the company will completely build the necessary infrastructure and will provide ready-made video and photo information about every traffic rules violation.

I would like to stress once again that not a single penny will be allocated from the budget. The whole project will be financed at the expense of dishonest drivers and their fines.

— What are the results of the test mode?

— The information we were able to gather shows that traffic rules are violated only by 5 percent of drivers in the capital and by 4 percent — on intercity highways and roads. These 5 percent create traffic accidents that lead to injuries and deaths. That is, the absolute majority — 95 percent, who follow all the rules and respect other participants of the traffic movement, is at risk because of a small part of the dishonest drivers. But in fact, passengers and pedestrians are also at risk. The project is aimed at these 5 percent to discipline and force them to follow the rules of behavior on the roads, which in its turn will reduce the death rate as a result of the traffic accidents.

— Will it be possible to discipline all motorists or is it likely that someone will continue to violate the traffic rules?

— Automated technology will eliminate the corruption component. It will not be possible to solve a problem with the inspector on the spot, since each violation will be recorded instantly 24 hours a day. And, as soon as unscrupulous drivers receive the first fines, they will immediately understand that it is much more profitable to follow the rules. And most importantly — it’s safe for life. After all, the main goals are to save the lives of Kyrgyz citizens and reduce the level of accidents on the roads, that is, to increase the overall safety level.

Fines are only a tool, through which the main task is solved. But we are primarily fighting for the lives of people in the framework of Safe City.

— When will the project be launched at full capacity?

— We plan that it will be at the beginning of the next year. It is necessary to understand: despite the fact that the name of a contractor will become known the other day, the company will need time to install photo and video equipment at 38 intersections in Bishkek, four overpasses and 48 sections of intercity routes. But we hope that the results will not keep you waiting. This is already a good start that the project is still launched after so many unsuccessful attempts. We worked very hard to start it, and now we will do our best to make Safe City work effectively, because the main goal is to save the lives of our citizens.

link: https://24.kg/english/93989/
views: 614
Print
Related
Safe City: 600 cameras to be installed on Osh streets
Used and canceled license plates of vehicles to be sold at auction
Safe City project launched in Jalal-Abad city
Bishkek drivers fined almost 317 million soms over the past year
Premises for rent: First municipal online auction launched in Bishkek
Safe City: Over 40 hardware and software complexes to be installed in Bishkek
CCTV cameras to be installed on 12 streets in Jalal-Abad
145 million soms of Safe City fines to be spent on purchase of ambulances
Vehicles impounded in Bishkek for non-payment of traffic fines
About 638 million soms in fines paid within Safe City project
Popular