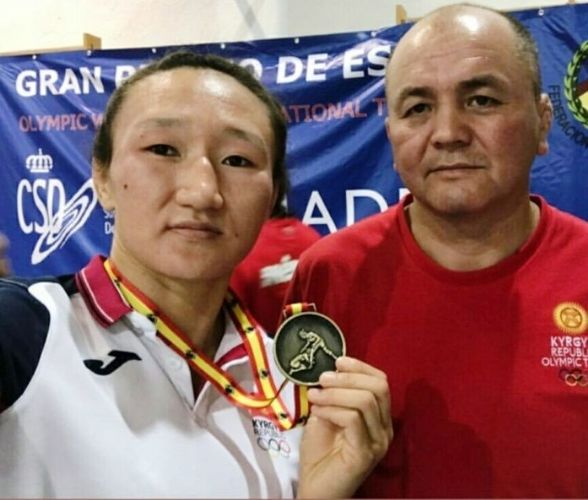 On July 27-29, Istanbul (Turkey) hosted Yasar Dogu competitions. It was one more stage of preparation for the upcoming Asian Games for the Kyrgyz wrestler. Previously, she won gold medal at the competition in Spain.

Athletes competed in ten weight classes. Aisuluu Tynybekova performed in weight of 62 kg. In the first round, she defeated Fatma Inubli (Tunisia) — 11: 0; in the quarterfinals, she defeated Louise Nimesh (Germany) — 7: 0, and in the semi-finals Aisuluu Tynybekova won Elmira Gambarova (Azerbaijan) — 4: 2. In a decisive duel, Kyrgyzstani was supposed to meet with Taybe Yuseyn (Bulgaria), but the fight did not take place.

«Previously, Aisuluu competed in the weight of 59 kg, and at this tournament she tried herself in the category of 62 kg. She weighed 4-5 kilograms less than her opponent in the finals. Head coach Nurbek Isabekov decided to play it safe before the Asian Games and did not allow the wrestler to compete in the finals,» Baygazy Kenzhebaev, Vice President of the Wrestling Federation of the Kyrgyz Republic, explained to 24.kg news agency.