President of Kyrgyzstan meets with head of Georgia 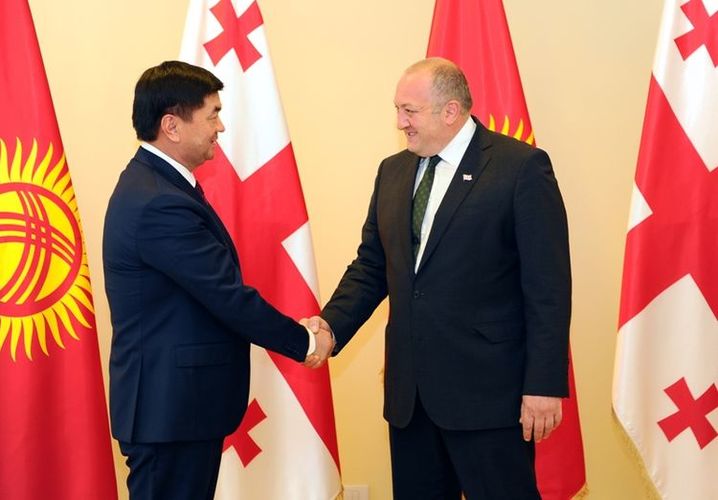 The President of Kyrgyzstan unofficially met with the head of Georgia. This became known the day before during the talks between the Kyrgyz Prime Minister Mukhammedkaly Abylgaziev with the President of Georgia Giorgi Margvelashvili.

According to Giorgi Margvelashvili, he met with Sooronbai Jeenbekov in Ankara at the inauguration of the President of Turkey. The heads of Kyrgyzstan and Georgia held informal, but fruitful negotiations.

Mukhammedkaly Abylgaziev conveyed greetings to the President of Georgia on behalf of the Kyrgyz president and noted that the Kyrgyz side attached great importance to the deepening of the Kyrgyz-Georgian bilateral relations.

As Giorgi Margvelashvili noted, the Georgian side welcomed the participation of Kyrgyzstan in the discussions on building an open and effective government.

Today, Tbilisi will host the global summit of the Open Government Partnership. Kyrgyzstan is the only country in Central Asia that joined the OGP.