The son of the former Prime Minister of Kyrgyzstan Omurbek Babanov, Nuremir, who received «the gold certificate,» will not use his right to study free of charge at any of the universities of Kyrgyzstan. He informed 24.kg news agency about this.

Today, the school graduates, who received the highest points at the Nationwide testing, will get «gold certificates» and a gift from the President of the Kyrgyz Republic Sooronbai Jeenbekov — a laptop and a money reward — in Ala-Archa state residence.

A graduate of the school-gymnasium № 61 named after Yakir, Nuremir Babanov, received 224 points at the testing and takes the 14th place among the holders of «gold certificates.» 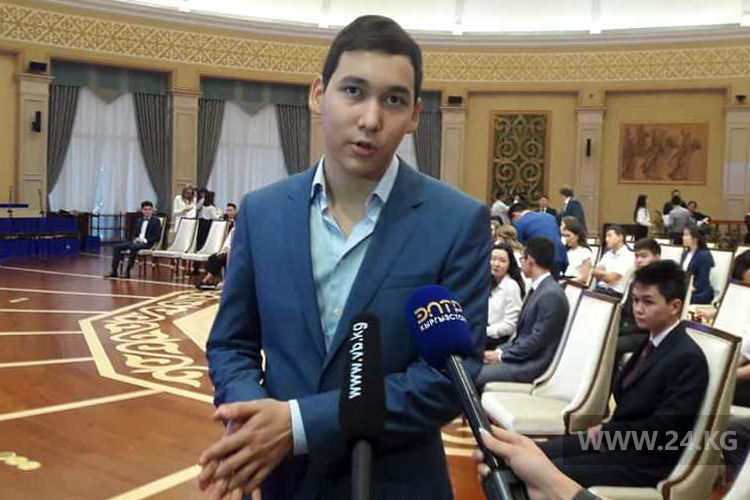 «I did not set a task to get high points at the Nationwide testing. Nobody forces us to prepare for the test. I was told at school that as one of the excellent students I should get good points. The result was not unexpected for me,» he said.

Nuremir Babanov did not tell which country and university he would go to study.

«I took exams to ten different universities at once and passed. Everyone is happy with the result, except for two people — me and my father. I do not want to tell where I’m going to study. I want to be an engineer,» he said.