The new head began to perform his duties instead of Nurlan Sarchayev.

Samat Kurmankulov was born in 1977 in Frunze. He graduated from the Academy of the Ministry of Internal Affairs of the Kyrgyz Republic named after Police Major General E. Aliev. 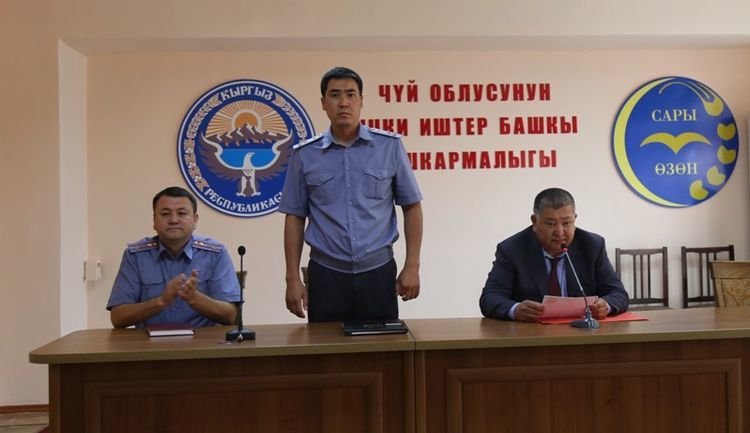 Samat Kurmankulov in his first speech before the staff expressed his gratitude for the trust shown in his appointment to the high office, and outlined the priority tasks. After it, the new head began his work.