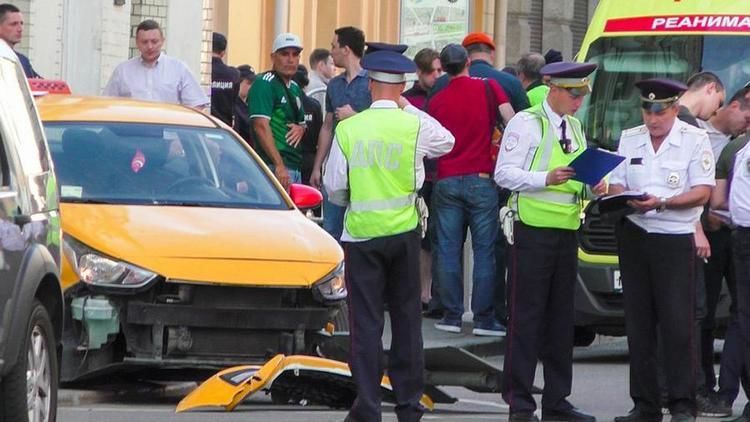 The Kremlin was relieved to learn that nobody was killed in a traffic accident, involving a taxi that rammed the pedestrians. The Spokesman for the Russian President Dmitry Peskov said, Izvestia reported.

«I felt very much relieved when we learned that, thank God, no victims were recorded in this incident,» he said.

Dmitry Peskov wished a speedy recovery to the injured. He added «it was better to contact law enforcement agencies» to clarify the details.

Related news
Taxi accident in Moscow. Terrorism charge against Kyrgyzstani dropped
The traffic accident took place on the evening of June 16 in Moscow. The taxi driver drove to the sidewalk and hit pedestrians. Eight people were injured, three of them were foreign citizens.

The driver of the car — a citizen of Kyrgyzstan — tried to escape from the scene, but the eyewitnesses detained him. During the interrogation, he confessed that he had been working for about 20 hours without a break before the traffic accident.

A criminal case was opened on the fact.