The President of Kyrgyzstan Sooronbai Jeenbekov paid a state visit to China, thereby confirming the unchanged foreign policy of Kyrgyzstan.

Following the results of 2017, China became the main trade and economic partner of Kyrgyzstan and its investor. A grant assistance is also to be rendered this time. China intends to allocate to our country 600 million yuan for construction of roads, laboratories and archaeological excavations.

China is interested in deepening relations with Kyrgyzstan and is ready to continue to implement joint projects and provide assistance. «We are optimistic about the future of Kyrgyz-Chinese relations; I appreciate your statement of readiness to deepen relations with China. We are for the development of fruitful interaction, creation of favorable conditions for our comprehensive cooperation. I am optimistic about the future of our relations, and we are ready, in the spirit of centuries-old friendship, to create favorable conditions for our peoples,» the Chairman of the People’s Republic of China Xi Jinping said during the talks with the President of the Kyrgyz Republic Sooronbai Jeenbekov. 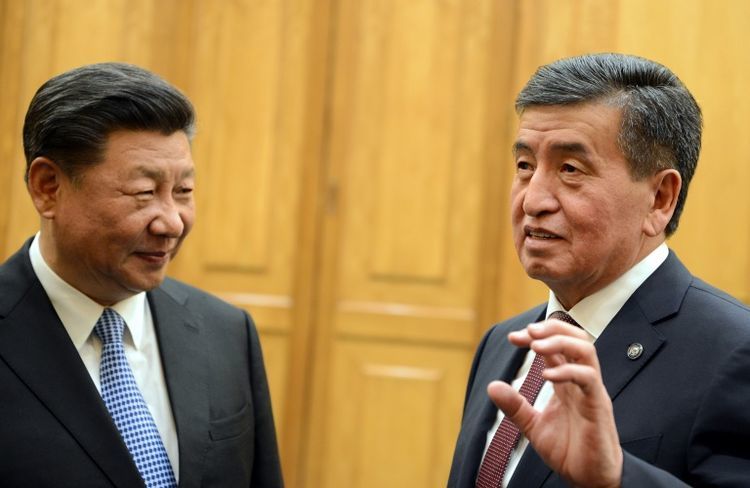 According to Sooronbai Jeenbekov, there is full mutual understanding between Kyrgyzstan and China, which allows developing fruitful cooperation based on friendship, good-neighborliness and mutual trust. China provides great support to Kyrgyzstan in the form of grants, loans and technical assistance.

The sides did not overshadow the negotiations at the highest level by the scandalous modernization of the Bishkek Heating and Power Plant by the Chinese company TBEA, after which a major breakdown occurred at the heating plant. After the start of the criminal investigation, a number of officials, who managed the project, were arrested on corruption charges.

The Chinese side insists that a sovereign state has the right to inspect objects and initiate criminal cases. China does not intend to interfere and to help with sorting out the issue.

As the Economy Minister Oleg Pankratov told journalists, the leaders of the two countries did not discuss the modernization of the Bishkek HPP. Work in this direction will be carried out within the framework of interaction of law enforcement agencies of the two countries. «The issue was not the subject of a conversation at the leaders’ meeting,» he explained.

But the parties discussed several other projects that would help Kyrgyzstan to enter the world markets.

The President Sooronbai Jeenbekov suggested the Chinese side to open a joint factory for the production of electric vehicles in the Kyrgyz Republic. «Our country could become a launching ground for the production and export of Chinese electric vehicles to the states of Central Asia and the Eurasian Economic Union. I consider this area of ​​cooperation promising from the point of view of its possible implementation within One Belt One Road Initiative, the head of the Kyrgyz Republic noted.

By the way, electric cars are not in demand in Kyrgyzstan. There are only four electric cars in the republic. However, production will allow to bring them to the general population, thereby improving the ecological situation in the country, reducing the oil and gas dependence of the Kyrgyz Republic on exporting countries.

According to the State Agency for Environmental Protection and Forestry, the annual volume of emissions of pollutants into the atmosphere of Bishkek is 240,000 tons, cars with an internal combustion engine account for at least 180,000 tons. In total, there are 1.1 million vehicles in Kyrgyzstan. In 2017, they have used 1.2 million tons of fuel.

The President of the Kyrgyz Republic invited representatives of BAIC Group to get acquainted with the production facilities where a joint plant can be opened. The corporation is among the first five auto companies in China in the production of electric vehicles. 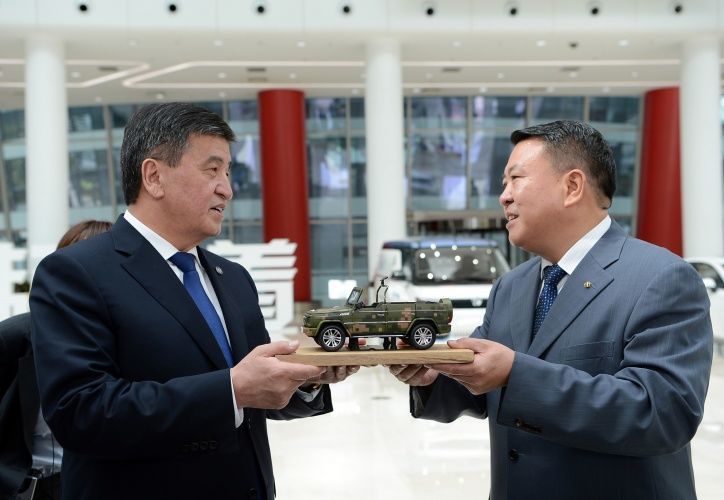 Director of the State Agency for Investment Promotion and Protection, Shumkarbek Adylbek uulu, believes that the factories in Jalal-Abad, Chui and Bishkek are promising. But it is necessary to attract an investor to implement this project.

The issue of construction of a gas pipeline for the transportation of Turkmen gas through the territory of Uzbekistan, Tajikistan and Kyrgyzstan to the People’s Republic of China was actively discussed even before the visit of Sooronbai Jeenbekov to China.

The cost of the SINO-Pipeline International Company Limited project is $ 1.2 billion. Its length on the territory of the Kyrgyz Republic is about 215 kilometers. Work should have been started as early as 2016, but then the terms were shifted indefinitely.

Kyrgyzstan is the last of the Central Asian countries, where the gas pipeline will run. First, it must be laid from Turkmenistan through the territory of Tajikistan and Uzbekistan. Construction will have to be carried out in difficult mountain conditions, so the cost may increase.

The deputies of the Parliament of Kyrgyzstan and the public are concerned that the land will be given to the Chinese side. Head of the Foreign Policy Department of the Presidential Administration of Kyrgyzstan Daniyar Sydykov assured that Alay valley would not be shared because of the construction of the Kyrgyzstan-China gas pipeline. The territory will be given to China for use, but it will remain the property of Kyrgyzstan.

Without investing a dollar in the project, the republic will be able to receive about $ 75 million a year for gas transit.

«The gas pipeline will pass at a depth of four meters. No one will share Alay valley. Compensation for losses during construction has already been calculated. When the gas pipeline is put into operation, the Chinese company will conduct reclamation. The Kyrgyz side will protect the facility,» said Daniyar Sydykov.

The Head of the State Committee of Industry, Energy and Subsoil Use Ulan Ryskulov also confirmed that the gas pipeline is beneficial to Kyrgyzstan. In Beijing, the parties changed the agreement. «We extend the term of its validity. Previously, it was in force for 35 years. It was extended to 41 years,» Ulan Ryskulov said.

He assured that the gas pipeline construction would begin in 2019. «It is very important for us. About 800 workplaces will be created during construction. Then about two hundred people will get a permanent job. The republic will receive an annual profit,» added Ulan Ryskulov.

Despite the fact that the trade balance is not in favor of Kyrgyzstan, the farmers of the republic hope to enter the markets of China with its bio products. 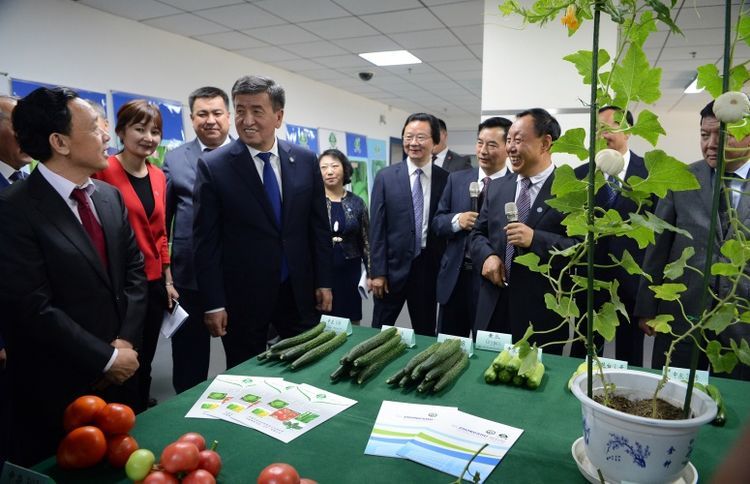 Turnover with China amounted to $ 1.6 billion. Our exports amounted to only $ 100 million, the rest is imports from China. However, Xi Jinping sees a tendency to increase in domestic demand. He is ready to open a market for Kyrgyz goods and is confident that they will be in demand, although the price will be high.

Kyrgyzstan can supply meat, honey, and agricultural goods to China. But they must be qualitative.

The parties signed a memorandum on the creation of a zone free from foot and mouth disease so that products from Kyrgyzstan could enter the market of China. Some of the money allocated by the Chinese side will be used to equip a laboratory.

The Minister of Foreign Affairs Erlan Abdyldaev explained that this partnership was characterized by mutual trust, support and understanding.

«These are the basic principles that allow us to resolve all issues between the two countries. The parties agreed that we would maintain a high level of dynamics, contacts between the leadership of countries, governments, ministries and business structures,» he said.

According to him, China and Kyrgyzstan are at the best stage of cooperation in the history.