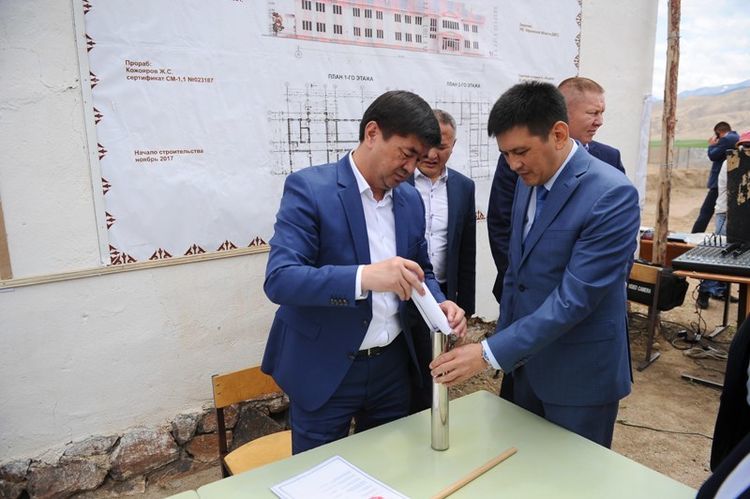 The Prime Minister Mukhammedkaly Abylgaziev took part in the laying of a capsule for the construction of a school in Ara-Kol village, Kochkor district. The press service of the government reported.

He instructed to allocate 10 million soms for the construction of the school. Now it consists of two educational buildings, where 136 children are taught. In February 2017, the building was found dangerous: cracks formed on the walls and ceilings, it did not meet the seismic standards.

The Prime Minister touched upon the upbringing of the younger generation.

«The tragic event related to the murder of Burulai Turdalieva was a call to change the attitude towards forcing women to marry. It is necessary to approach with great responsibility the issue of creating a family,» Mukhammedkaly Abylgaziev stressed.

He noted that the government considers development of the regions as a priority. Therefore, local government bodies should assist in the implementation of business projects. 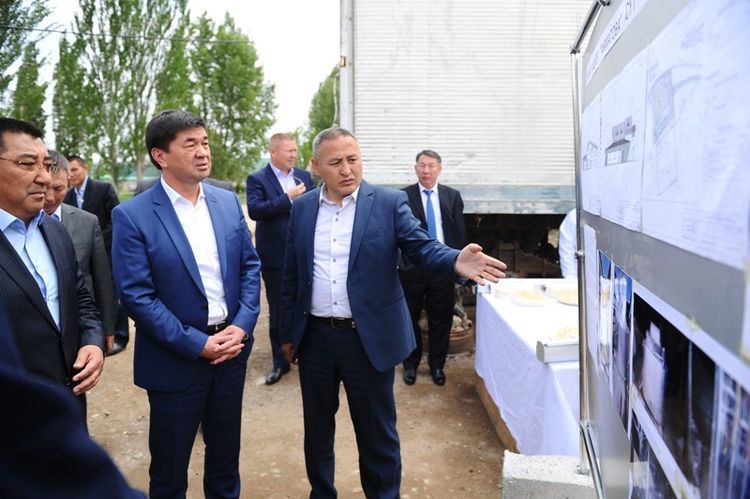 The Prime Minister visited a dairy plant in Kochkor village, Kochkor district. The enterprise provides 50 people with work, in the summer it processes up to 4.5 tons of milk per day. Products are purchased from local farmers. Within the framework of the leasing program, a preferential loan was received for the purchase of equipment. A new plant is under construction. In the future, the company will be able to process up to 15 tons of milk, and up to 100 new jobs will appear. 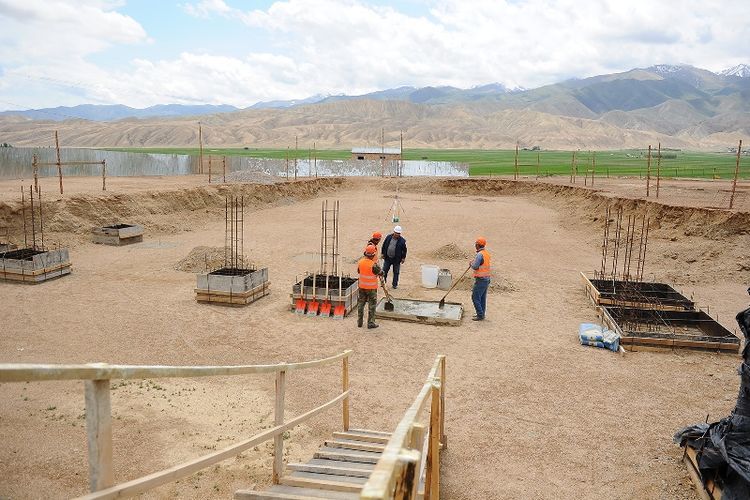 In addition, the Prime Minister visited the hospital in Kochkor district. He inspected the new building, construction of which was suspended due to lack of funds. The head of government instructed the relevant state bodies to consider the financing issue.