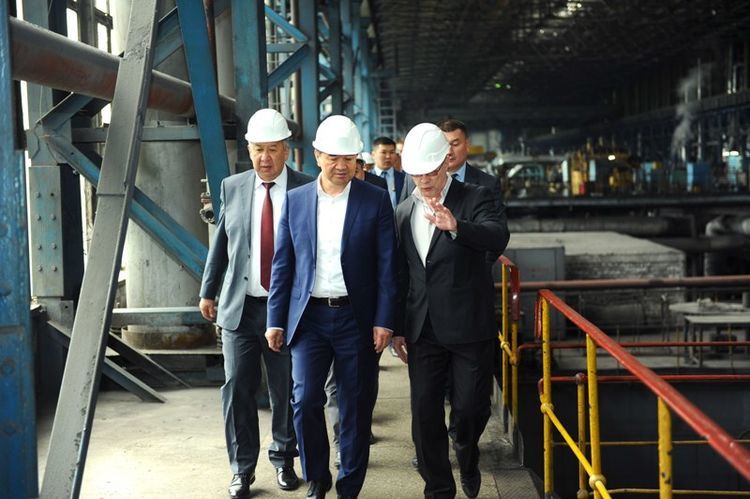 The Prime Minister of Kyrgyzstan, Mukhammedkaly Abylgaziev, visited the Bishkek Heating and Power Plant. The Information Support Department of the Government of Kyrgyzstan reported.

He got acquainted with the preparation of the enterprise for the forthcoming heating season and the work of the turbine and boiler shops, the machine unit of the new blocks and the control system.

He also inspected the construction of a chemical water treatment workshop, which was suspended by the State Inspectorate for Environmental and Technical Safety in connection with the need to obtain an architectural and planning specification. Mukhammedkaly Abylgaziev instructed to speed up the coordination and obtaining of the necessary documents.

The director of the Bishkek HPP, Andrei Voropaev, told that the modernization of the heating plant implied an increase in electricity generation. «The volume of heat production at the HPP remained the same,» he said.

Andrei Voropaev noted that under the agreement with TBEA, the warranty period for new blocks is 12 months. In the next 12 months, they will be operated by employees of the Bishkek HPP under the supervision of the Chinese experts.

The Prime Minister instructed the State Committee for Industry, Energy and Subsoil Use, and the energy companies to follow the plan of anti-crisis measures developed after the breakdown at the heating and power plant.