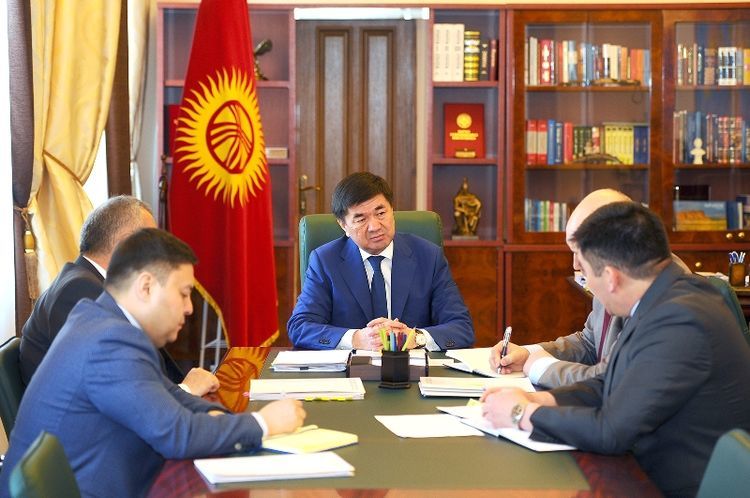 The Prime Minister of Kyrgyzstan Mukhammedkaly Abylgaziev held a working meeting to discuss the situation at the country’s checkpoints. The press service of the Government of the Kyrgyz Republic reported.

The head of government noted that numerous complaints about long queues at the checkpoints, in particular, on the section of the Kyrgyz-Uzbek state border — at Dostuk-Avtodorozhniy checkpoint in Kara-Suu district of Osh region — were received from the public.

According to the Prime Minister, it is necessary to create the most comfortable conditions for the citizens of the country and foreign guests when passing through the checkpoints.

The Chairman of the State Border Service of the Kyrgyz Republic Ularbek Sharsheev said that a large number of people wishing to cross the Kyrgyz-Uzbek border causes the queues at Dostuk checkpoint: with the capacity of 8,000 people a day, about 12,000 pass through it. He added that the flow of people was increasing due to the movement of goods on the wholesale trade days in the markets of Kyrgyzstan — on Tuesdays and on Saturdays.

The head of government instructed to increase the personnel at Dostuk-Avtodorozhniy checkpoint and solve the necessary funding issues.

He instructed to begin modernization of Akzhol-Avtodorozhniy checkpoint in the fall of 2018.