Sooronbai Jeenbekov about provocations on family and clan rule in country 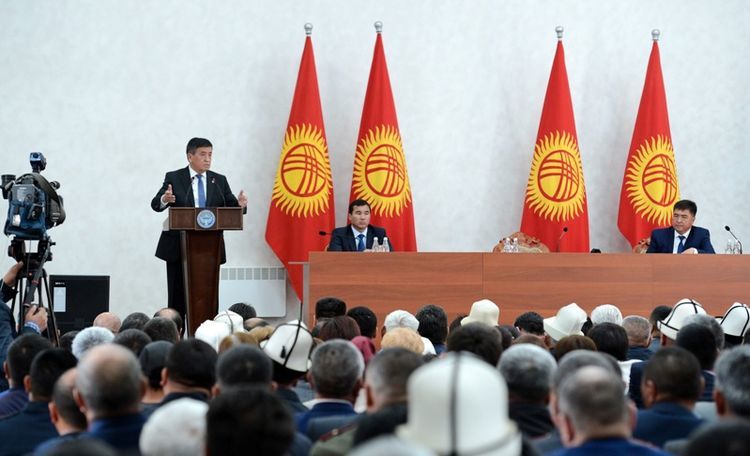 "We will take measures against those, who impose on society the north-south issue," the President Sooronbai Jeenbekov said at a meeting with residents of Ton district of Issyk-Kul region. Presidential press office reported.

The head of state noted that attempts are being made to impose on the public the opinion that the president establishes the family-clan rule in the country.

He noted that he had never divided people according to national characteristics, convictions or regional affiliation. As an elected president, he will honestly fulfill his mission, serve his people.

There are groups that raise the north and south issue out of place. Doing this, they harm the unity of the people. We all see who spreads such provocative things.

"Our people not once, but twice, experienced all the hardships of family rule. The tragic history of the family-clan rule left a sad trace in the minds of the people of Kyrgyzstan. Our people now will not allow clan governance!" said Sooronbai Jeenbekov.