The meeting of the political council of SDPK under the chairmanship of the leader of the party Almazbek Atambayev took place today. 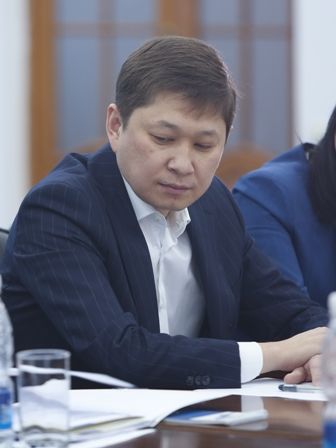 According to the press service, the members of the political council considered the candidates Asel Koduranova, Sapar Isakov and Muradyl Mademinov for the post of deputy chairperson of the party.

Earlier, Farid Niyazov was the deputy leader of SDPK. He now heads the charitable foundation «April,» which was established by the ex-president of the country.

On April 19, the deputies of the Parliament passed a no-confidence motion against the Prime Minister of Kyrgyzstan Sapar Isakov. The initiators of the resignation of the Cabinet of Ministers were the deputies of Ata Meken, Respublika — Ata Jurt and Onuguu-Progress factions. They found the report on the work of the government in 2017 unsatisfactory. They wrote a letter to the Speaker of the Parliament Dastan Dzhumabekov about passing no-confidence motion against the government of Sapar Isakov.