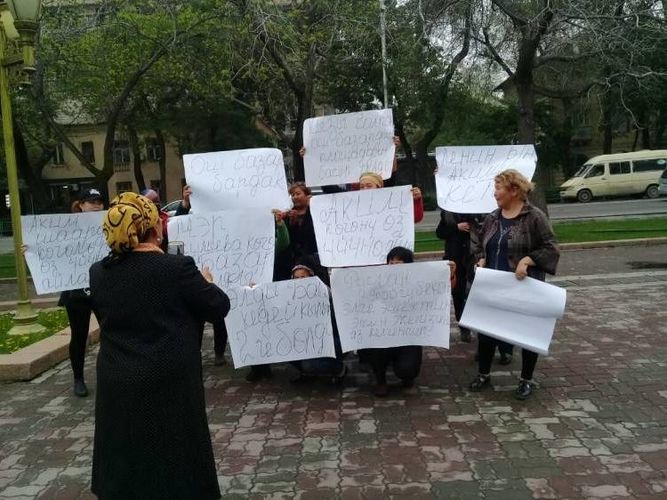 Retailers, affected by fire in Osh market, held a rally at the White House in Bishkek.

About 20 people came to protest.

They said that the authorities divided people into poor and rich. In addition, the protesters demanded the dismissal of the head of Leninsky district.

The protesters went away after 20 minutes, saying that they would hold a press conference in the near future.