Some tension with China appeared against the backdrop of recent events in Kyrgyzstan. First, the government withdrew from the agreement on Smart City project, where Chinese companies were the key investors. Then the arrests of power engineers for the modernization of Bishkek HPP by the Chinese company TBEA have started. They are accused of corruption.

Reporting to the Parliament, then the head of the government, Sapar Isakov, went negative on the ambassador, who allegedly complained to the Foreign Affairs Minister that the Kyrgyz side offended them.

The situation was aggravated by the conflict in Toguz-Toro district, where local residents set a plant of the Kyrgyz-Chinese gold mining enterprise GL Makmal Developing on fire.

In an interview with 24.kg news agency, the Ambassador of China to Kyrgyzstan Xiao Qinghua told whether he has any grievances against the Kyrgyz government and how relations would develop in the future. 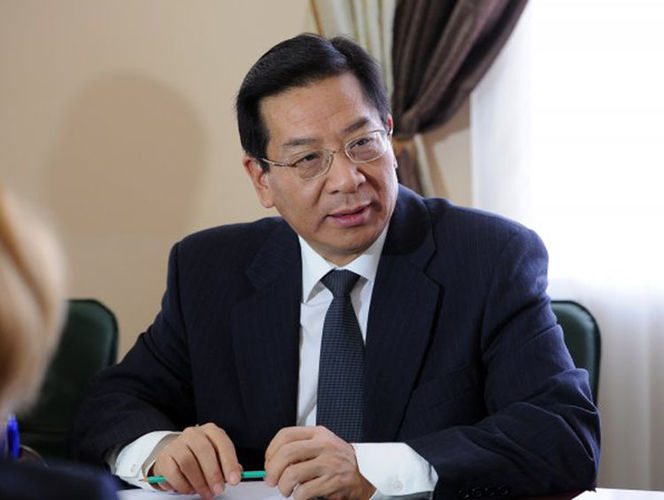 — Can these conflicts drive a wedge into relations between China and Kyrgyzstan?

— China and Kyrgyzstan are friendly neighbors. We have been friends for a long time. China pays great attention to the development of relations with Kyrgyzstan. We want to develop multi-faceted cooperation. Mutual understanding and friendship have been preserved between the two countries for many years. We provide financial support, allocate loans, and implement major projects.

We are only determined to strengthen traditional friendship. You can consider it as diplomatic statements, but we have great respect for Kyrgyzstan.

China is interested in the development of the republic. Kyrgyzstan is our centuries-old neighbor. We are given the opportunity to work together. We should cherish friendship and cooperation.

— Have any complaints been voiced to our Foreign Affairs Ministry?

Together we think how to make the spheres of our cooperation expand. We work for the benefit of the state and the people. We have many projects that we are working on now. We consider Kyrgyzstan as a long-term partner.

God granted us to live nearby. We should use this advantage. China and Kyrgyzstan are very close. Contacts at the highest level become more frequent. The happening between business means that the parties are working. But there is support, trust and friendship.

— A lot of criticism was voiced against the Chinese company on the modernization of the Bishkek Heating and Power Plant. Two commissions worked, criminal cases were opened...

— The work of the commissions is internal affair. We do not interfere with them. We respect the sovereignty of Kyrgyzstan.

As for the modernization of Bishkek HPP, TBEA has fulfilled the terms of the agreement. The new unit works, the breakdown occurred in the old part of the heating plant.

— Why exactly TBEA was recommended?

— TBEA is an authoritative company. Kyrgyzstan took the loan. Negotiations were held according to international standards. The contractor has started working only after signing of the agreement.

As a diplomat, I am not competent to comment on the agreement. TBEA has carried out its work well within the framework of the signed contract. We do not ask to praise it. The approach must be fair, objective.

— Can the Chinese side check use of the money?

— I do not understand these matters. The contract was signed, all procedures were observed. I can not comment on further actions.

We have prospects for further cooperation. We have big joint projects ahead of us.

— It is expected that in the near future the President of Kyrgyzstan Sooronbai Jeenbekov will visit China. Tell us in detail about this visit.

— Frequent visits of the leaders are our tradition. Since this is a tradition, we must preserve it. This year, China will host the summit of the SCO heads of state. China and Kyrgyzstan are not only members, but also founders of the organization. We are waiting for the participation of the President of the Kyrgyz Republic.

This issue is being worked out. We always welcome visits. This is very important for relations, discussion of projects. We are ready to listen to the opinion of Kyrgyzstan on deepening cooperation.

The summit is scheduled for early June. Negotiations will take place at the highest level.

— Will it be a working visit within the framework of the summit or an official one?

— I think it will be a big visit. The president is the highest level. It will be more than a working visit. It will be a very important trip for our relations. Therefore, we are working on meetings, documents and new projects that will be discussed.