The mayor of Bishkek, Albek Ibraimov, met with the retailers, who worked in Osh market, hit by three fires in a row. Citizens asked to provide them with jobs. 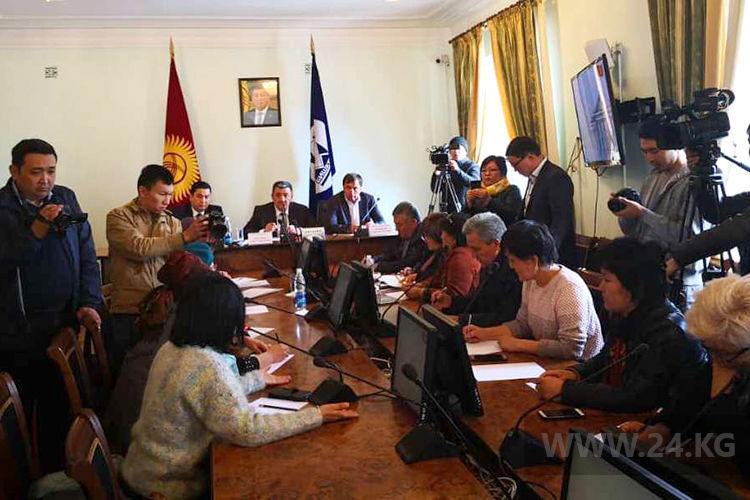 «We have been working in the fabrics market since 1994 seven days a week without conditions and did not complain to anyone, have never asked for anything. And now our goods — fabrics — have burned down. We ask you to temporarily provide us with trade places on the top floor of Besh Sary center. There are good conditions,» the seller Kalipa Iskenderova told.

Other sellers joined her and expressed their wishes to the mayor.

«We took loans, there is no trade now. We do not have the money to buy new goods. We ask you to help with obtaining an interest-free loan, allocation of trading places,» said one of the sellers.

Retailers noted that the rent price began to increase in neighboring centers and markets, although previously the area was empty.

Albek Ibraimov noted that as of today there are 306 victims. The Bishkek City Administration is considering the possibility of providing compensations.

«Negotiations with banks on facilitating the repayment of loans are under way,» he said.