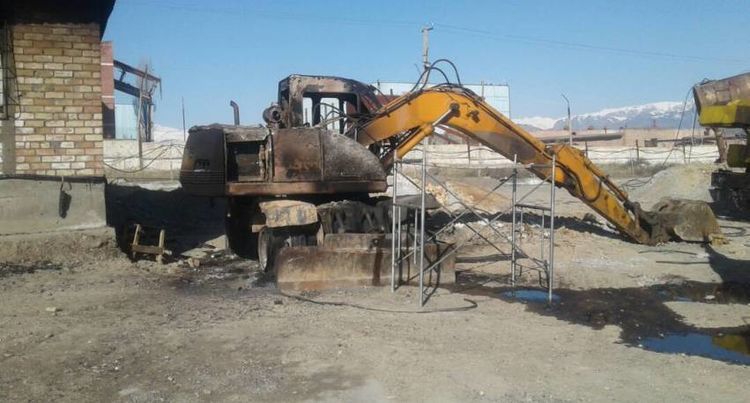 At least 15 residents of Toguz-Toro district were detained within the criminal case on arson at the Chinese enterprise GL Makmal Developing in Jalal-Abad region. The Ministry of Internal Affairs of the Kyrgyz Republic reported.

The detainees are reportedly suspected of committing crimes under articles 234 (hooliganism) and 174 (intentional destruction or damage of property) of the Criminal Code of the Kyrgyz Republic.

Related news
Protesters burn down laboratory, warehouse and office of Chinese company
On April 11, residents of Toguz-Toro district held a rally and set the objects under construction of the gold mining enterprise on fire.

The police opened a criminal case under articles «Hooliganism», «Deliberate destruction or damage of property by arson», «Mass disorders» of the Criminal Code of the Kyrgyz Republic.

«All necessary operational and investigative measures are carried out. The investigation continues,» the Ministry of Internal Affairs stressed.