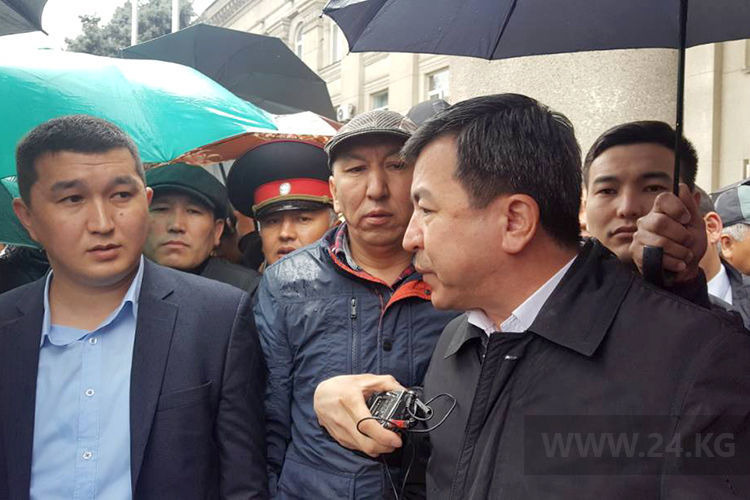 Muradin Teshebaev, Deputy Head of the Economy and Investments Department of the Cabinet of Ministers came out to protesters, holding a rally in front of the Government House in Bishkek.

He told the demonstrators that the government was aware of the events in Osh market. «By the decision of the Prime Minister Sapar Isakov, a commission was set up to investigate the causes of the fire in the market. It includes representatives of all relevant ministries and departments. In particular, the Ministry of Internal Affairs, the Ministry of Emergency Situations, the Ministry of Economy, the State Service for Combating Economic Crimes, the State Tax Service and others. They should investigate the causes of the fire and make proposals to solve the problem,» Muradin Teshebaev said.

As a result, ten representatives of the protesters were invited to the Government House for negotiations.