Сhief guard of the President of Kyrgyzstan appointed

Toktosun Sabyrov was appointed the head of the 9th Department of the State Committee for National Security. The President of Kyrgyzstan Sooronbai Jeenbekov signed a relevant order.

Toktosun Sabyrov will head the 9th Department in the rank of the Deputy Chairman of the State Committee for National Security.

Damir Musakeev was dismissed from the post of chief of the 9th Department of SCNS on April 4. 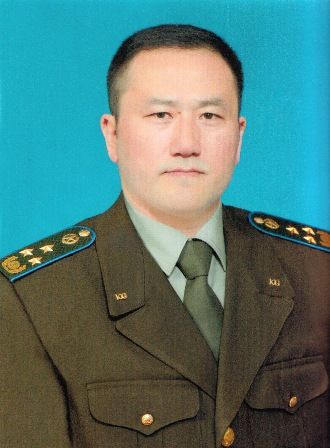 Toktosun Sabyrov was born on March 9, 1972. He is a native of Issyk-Kul region.

In 1994, he graduated from the Law Faculty of the Kyrgyz State University.

In 1997, he received additional higher education at the Institute of Retraining and Advanced Training of Personnel at Balasagyn Kyrgyz State National University, specializing in «Finance and Banking.»

He began his career in 1994 in the Investigative Department of the State Committee for National Security. In 1998-2001, he served at the Special Operations Department Alpha, the Anti-Terrorist Center Kalkan.

1998-2001 — he underwent training at the special faculty of the Academy of the Federal Security Service (Moscow).

In 2005-2006 — the Office of Passport and Visa Control of the Ministry of Internal Affairs of the Kyrgyz Republic.

He worked in the State Committee on Migration as Deputy Chairman, the Ministry of Labor, Employment and Migration as the Deputy Head of the ministry.

He is married and has three children.