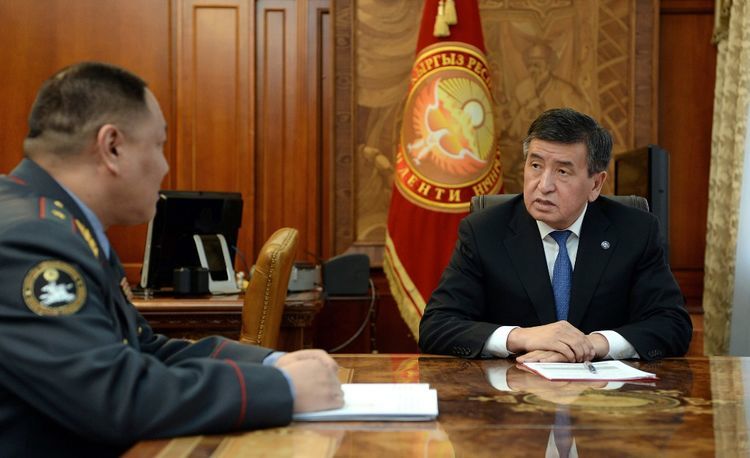 The President of Kyrgyzstan Sooronbai Jeenbekov received the Minister of Internal Affairs of the Kyrgyz Republic Ulan Israilov. The Information Policy Department of the Presidential Administration reported.

The head of the Ministry of Internal Affairs provided information on the implementation of key tasks assigned to the law enforcement bodies by the decision of the Security Council and on operational measures to combat crime.

The President of the country noted strengthening of the work on counteracting corruption by law enforcement agencies.

«But we still have a lot of work to do to achieve specific goals,» said Sooronbai Jeenbekov, stressing that the police work should be based only on the law.

The head of state mentioned the statistical data, which indicate a high level of corruption in the system of the Ministry of Internal Affairs, as well as numerous illegal actions by police officers.

The President Sooronbai Jeenbekov demanded from Ulan Israilov not to slow down the pace in the implementation of the set tasks, to take tough measures to eradicate corruption in the internal affairs bodies, and also to work in close interaction with the population, the press service noted.