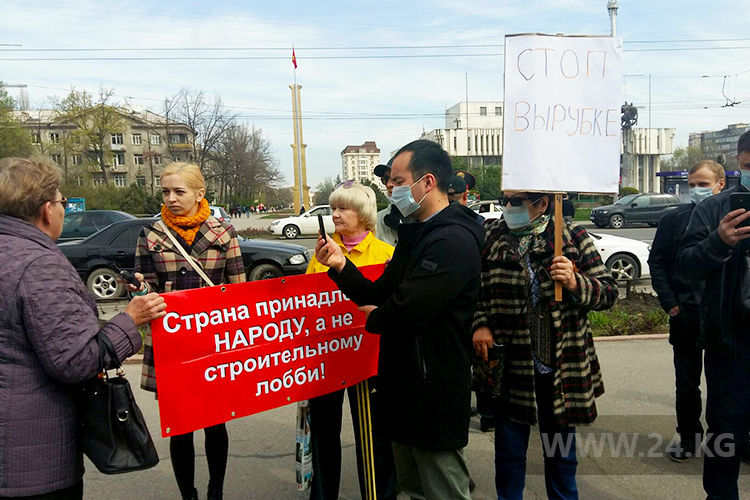 A flash mob — campaign «We are suffocating» with participation of Bishkek residents takes place in front of the Bishkek City Administration.

They demand to stop further felling of trees in the capital and to reduce the air pollution. Participants note that the city was given to construction companies for immolation.

«We have united, because we worry not only about the state of the city, but the country as a whole. In Soviet times, there were up to 30 square meters of green space per person, and today it is 3.5 meters. This figure was voiced by an architect at the discussion of the detailed plan of Bishkek. Everyone sees that the city is suffocating, especially in summer. Irrigation system in the capital is broken,» said one of the participants, Maria Abakirova.

Flash mob started with the national anthem of Kyrgyzstan. Participants demand meeting with the mayor of Bishkek.