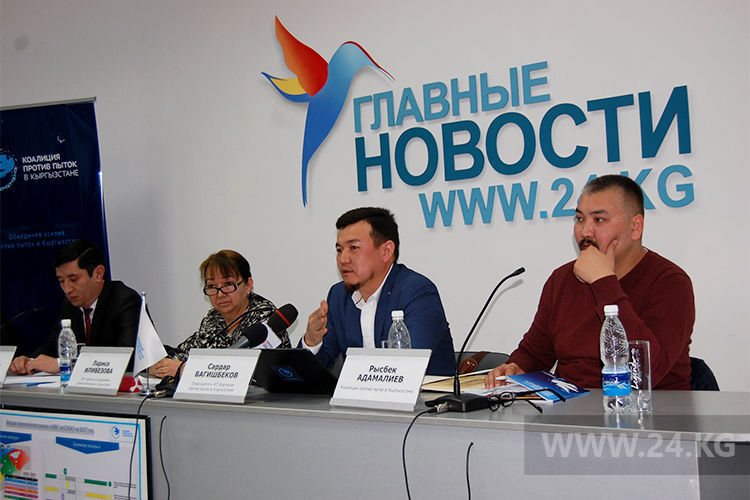 The statistics of torture does not indicate increase or decrease in its amount. Sardar Bagishbekov, Chairman of the Coordination Council of the Coalition against Torture in Kyrgyzstan, told at a news conference in 24.kg news agency.

According to him, the coalition for the first time conducted a study to determine the index of torture in the temporary detention facilities and pre-trial detention centers of the country.

According to Sardar Bagishbekov, despite measures taken against torture, they are widespread. In general, torture is used during the first hours of detention. If in 2016, at least 435 facts of torture were registered, then in 2017 their number decreased.

«However, these statistics does not indicate that amount of torture decreased or increased. This indicates that people began to apply to the law enforcement bodies and report it,» Sardar Bagishbekov said.

He noted that people, nevertheless, are still afraid of reporting torture facts.