President demands from officials to speed up delimitation of borders

The President Sooronbai Jeenbekov received the Chairman of the State Border Service Ularbek Sharsheyev and the Government’s Special Representative on Border Delimitation Kurbanbai Iskandarov. The Information Policy Department of the Presidential Administration reported.

President Sooronbai Jeenbekov instructed to take all measures to speed up the work on delimitation of the Kyrgyz-Tajik border and the remaining sections of the Kyrgyz-Uzbek border, according to the results of the agreements reached following the president’s visits to Uzbekistan and Tajikistan. 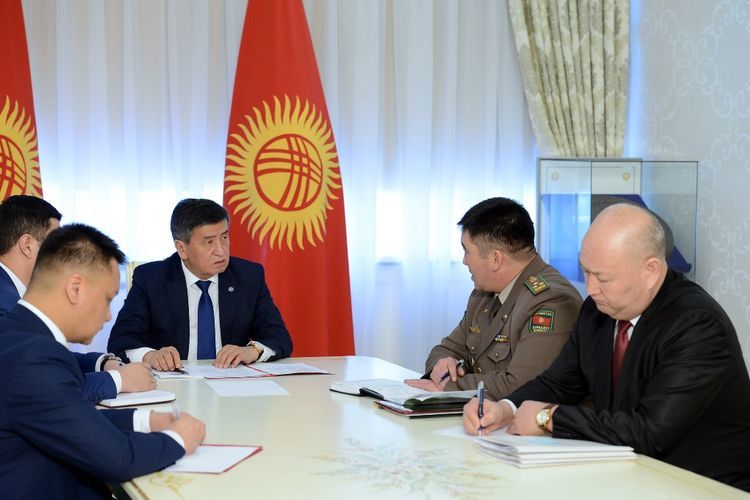 A meeting of the intergovernmental commission for the comprehensive consideration of bilateral issues between Kyrgyzstan and Tajikistan, achieved at the end of the meetings of the heads of state, is planned in the second half of March.

Ularbek Sharsheyev told about the decisions taken to carry out a set of measures aimed at increasing the capacity at the checkpoint Dostuk Avtodorozhniy.

President Sooronbai Jeenbekov stressed that it is necessary to create favorable conditions for passage through checkpoints on the state border.