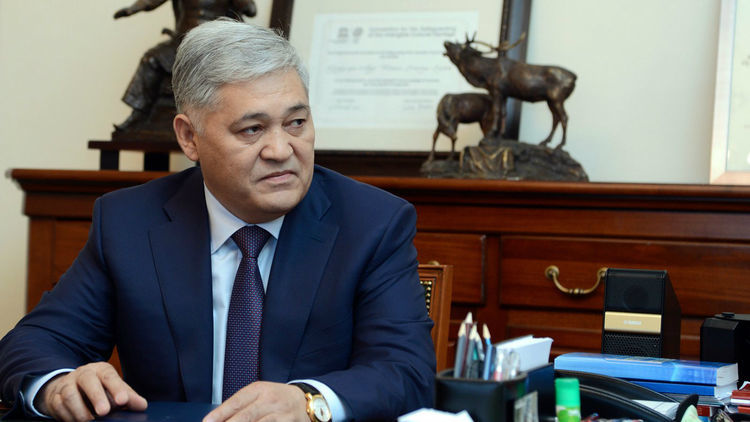 President of Kyrgyzstan Sooronbai Jeenbekov signed an order to release Duishenbek Ozonovich Chotkaraev from the post of the First Deputy Chairman and Director of the Corruption Control Service of the State Committee for National Security according to the submitted notice of resignation. The Information Policy Department of the Presidential Administration reported.

On February 8, at a meeting of the Security Council, the issue «On actual measures to combat corruption in judicial, law enforcement and supervisory bodies of the Kyrgyz Republic» was considered.

In his speech, Sooronbai Jeenbekov criticized the activities of the SCNS, noting that only one third of the criminal cases initiated reach court.

«The State Committee for National Security has initiated two thousand criminal cases over the past two years. Only 29 percent of them were brought to trial. And the court, in its turn, acquitted almost a half of the accused by the investigators of the State National Security Committee,» the president stressed.

The head of state sharply criticized the work of the Corruption Control Service.

«This service is designed to combat corruption crimes in the highest echelons of power. Unfortunately, some its employees turned into an untouchable caste. Taking into account the technical and other capabilities of the service, we can say that you are performing your duties poorly. It’s time to change the format of the service. It is also necessary to review job competence of the entire staff of the Corruption Control Service,» the president said.