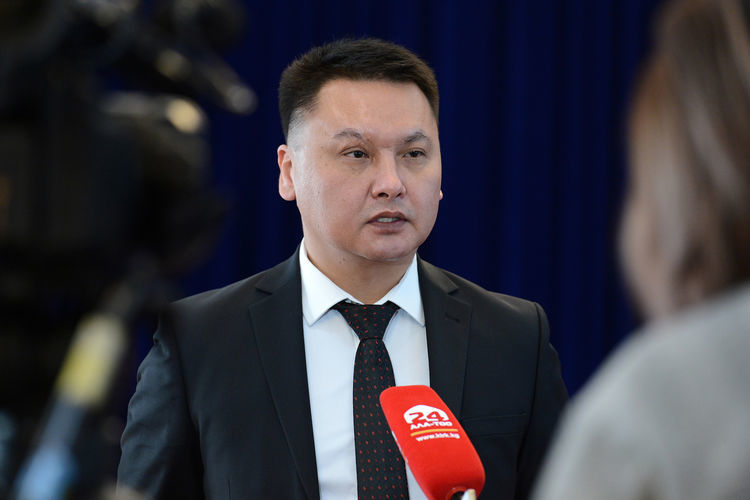 A system of inspections of civil servants’ declarations will be introduced in the near future. First of all, all expenses and incomes of law enforcement, supervisory bodies and judicial authorities will be checked. The First Deputy Secretary of the Security Council, Damir Sagynbaev, told today following the Security Council meeting.

There is also a mechanism, according to which employees who illegally earned money will not be able to use them somehow.

The First Deputy Secretary of the Security Council also told about the draft decision, which provides for the implementation of a set of measures aimed at reducing corruption.

As the Information Policy Department of the Presidential Administration of the Kyrgyz Republic stressed, a very important issue was considered at the meeting of the Security Council, which is connected with counteracting corruption in the system of law enforcement, supervisory and judicial bodies.

According to Damir Sagynbayev, a full inventory of criminal cases, which have been instituted on corruption and economic crimes, is planned.

Damir Sagynbaev said that ban on the use of other people’s property by employees of the security and fiscal bodies would be introduced.

«There are facts when some officials live in other people’s houses and apartments, use other people’s cars. If such facts are detected, the owners of movable and immovable property will undergo comprehensive checks,» the First Deputy Secretary of the Security Council stressed.

Today, the first meeting of the Security Council chaired by the new president of the country was held in the State Residence Ala-Archa 1. The agenda included only one question — actual measures to combat corruption in judicial, law enforcement and supervisory bodies of the Kyrgyz Republic.