Smart City investor and MegaCom buyer. Everything we know about company

The State Property Management Fund again found a buyer for MegaCom company, but doubtful again. It is so only for the simple reason that this company has nothing to do with mobile technology. In addition, it was mentioned in another major project implemented by the government of Kyrgyzstan.

Smart City project is still on paper like the sale of Alfa Telecom CJSC. Both projects are multi-million, but as if pursued by ill fate.

After an unsuccessful attempt to bargain with a businesswoman Elena Nagornaya, the State Property Management Fund began to study an offer from Aka Minerals and Mining LLC. The company, that is ready to invest $ 9 million in the implementation of Smart City project.

The state is ready to sell MegaCom for 13.5 billion soms. At the current exchange rate, it is almost $ 200 million. Undoubtedly, a buyer should understand that he or she would take upon litigation and modernization of the company. He must be financially viable to bear such expenses.

At first glance, the subsidiary of a large German oil and gas company AKA Petroleum might have serious finances and implement two costly projects in Kyrgyzstan.

It is alarming that Aka Minerals and Mining appeared on the market quite recently and did not show much activity. 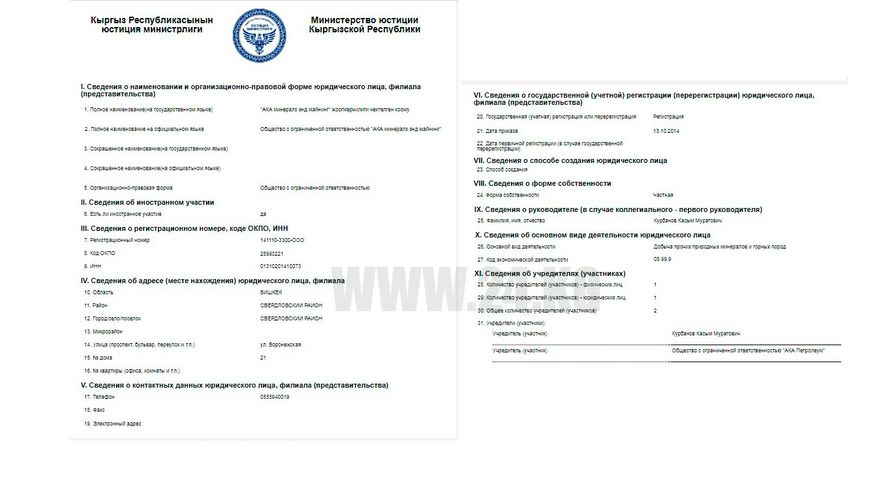 What does geology have to do with technology?

According to Open Budget portal, in 2015 Aka Minerals and Mining paid 100 soms for garbage removal, transferred 6.1 million soms to the account of the State Agency for Industry, Energy and Subsoil Use as a guarantee fee and 26,000 soms for participation in the auction. Later, the State Committee for Industry, Energy and Subsoil Use returned the guarantee fee to the LLC. The company’s financial transfers end there.

The fact that Aka Minerals and Mining participated in the auction for the right to use the mineral deposit is not surprising. Judging by the name and main type of activity, LLC is engaged in mining of minerals and rocks. It is not connected with IT.

Tereksai Jashtary since 2013 has paid taxes in amount of 274.9 million soms. At the present time, it does not produce anything.

The State Committee for Industry, Energy and Subsoil Use told 24.kg news agency that Aka Minerals and Mining laid claim to deposit Terek Block XVII — C1 South area. It was sold with a starting price of $100,000. The company was able to offer only $ 110,000. The deposit was given to another developer for $ 130,000, and the LLC was returned its guarantee fee of 6.1 million soms.

How Aka Minerals and Mining turned into Aka Invest

We continued to study in detail the buyer of MegaCom. OsOO.kg portal says that the composition of founders of Aka Minerals and Mining was changed on January 7, 2018 at 4.30 am. It is a day off, and it is not working hours to make any changes. It may be incorrect information, or, possibly, changes in the composition of the founders were made hastily before the signing of the agreement on Smart City project.

We returned to the website of the Ministry of Justice to check the company’s activity, but it was not in the database anymore. Using saved links we found out that Aka Minerals and Mining ... changed its name.

Now the company’s name is AKA Invest. Its founders are also Kasym Muratovich Kurbanov and AKA Petroleum.

The type of activity that had previously raised doubts also changed. Instantly, LLC, engaged in the development of deposits, changed its activity and deepened into information technology and computer technology. The re-registration was carried out on January 19.

The registration address of the LLC has also changed. Aka Minerals and Mining was located on Voronezhskaya Street, 21. AKA Invest is registered at Zhibek Zholu Avenue, 120.

The first address is a private house, the second — a tea house Kashgarka ... It is unimpressive for a large investor owning a minimum of $ 210 million. 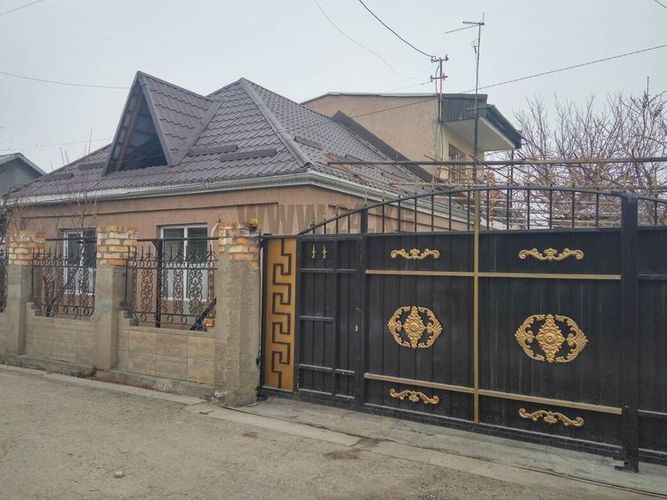 Whom MegaCom is sold to?

The State Property Management Fund told 24.kg news agency that the offer from Aka Minerals and Mining was received on January 9. MegaCom held a presentation for the buyer, and officials study the details of the deal.

By the way, we should note that there is no AKA Invest in the State Tax Servic database. TRN is also registered with Aka Minerals and Mining.

The government signed the agreement on Smart City project with Aka Minerals and Mining LLC. This company sent a proposal for the purchase of MegaCom. How will the government explain that the company has changed its name and occupation? Are the previous agreements legitimate?