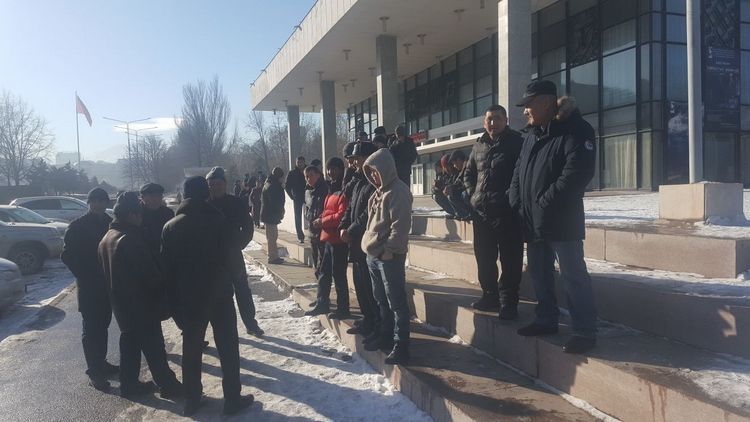 According to the coordinator of the NGO Anvar Kurmushiev, residents of Alamudun and Sokuluk districts of Chui region organized the rally. According to organizers, it was proposed to withdraw their land plots from the list of lands subject to transformation.

«The bill, which will transform the land plots across the country, was adopted in three readings. Then the president sent it to the Parliament and the government for revision. The law was to be adopted again within 20 days, but four months have already passed. This entire time people were waiting for a solution. The day before yesterday it became known that the parliamentary committee on agrarian policy was considering our issue. At the meeting, Deputy Nazarov and the president’s representative proposed to remove the land plots in Sokuluk and Alamudun districts from the list of land for transformation,» said Anvar Kurmushiev.

He told that at the moment about 12,000 people living in Chui region are waiting for the transformation of the land.

"The majority of people who are waiting for the transformation are residents of Ak-Ordo-2 and Ak-Ordo-3 residential areas. These areas have electricity and water, but there are no social facilities — schools, hospitals, kindergartens. The ambulance cannot find a home and an address. However, none of the authorities wants to take this. We have not yet heard any specific solutions to these problems, "added Anvar Kurmushiev.