The President of Kyrgyzstan, Sooronbai Jeenbekov, met with the Prime Minister of Kazakhstan Bakytzhan Sagintayev within his official visit to . Information Policy Department of the head of state reported.

According to it, the sides exchanged views on topical issues of Kyrgyz-Kazakh cooperation and prospects for further cooperation within the framework of the Eurasian Economic Union.

Sooronbai Jeenbekov thanked the Kazakh side for paying focused attention to the issues of bilateral cooperation. 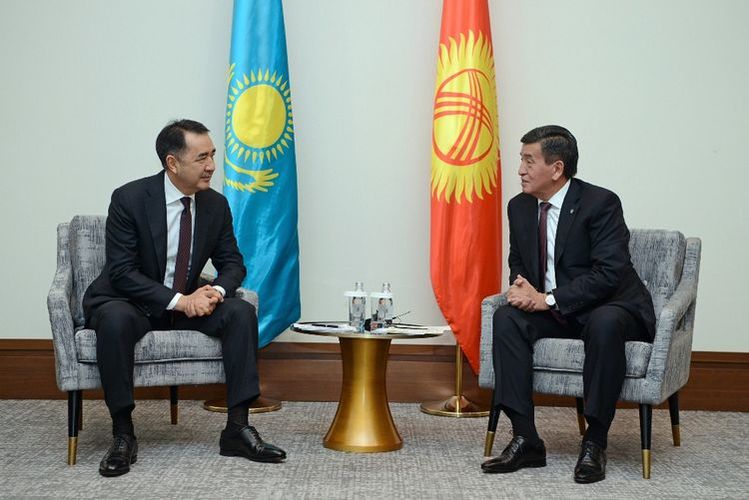 «The Kazakh side is committed to timely and prompt resolution of all issues, including the implementation of the road map. Our President Nursultan Nazarbayev always emphasizes that Kazakhstanis have no closer people than the Kyrgyz people,» Bakytzhan Sagintayev stressed.

The sides touched upon the implementation of the signed road map and stressed the need to resolve all issues so that the peoples of the two countries to feel the benefits of joining the EEU.

The sides also discussed issues of rational joint use of water structures and resources.

Later on, Sooronbai Jeenbekov will leave for , where an informal meeting of CIS heads of state will take place today.