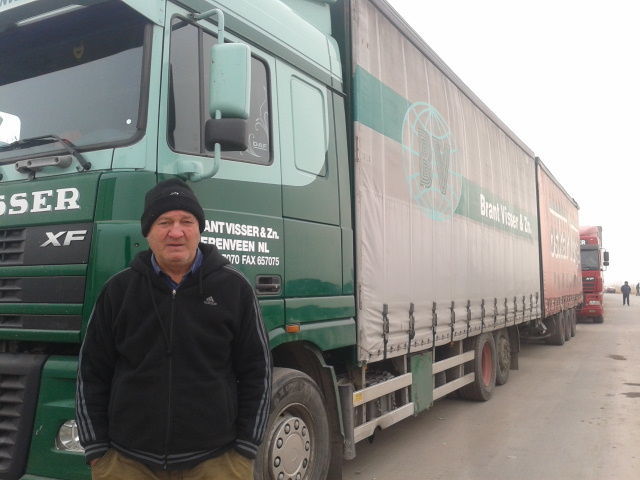 There is already 12-kilometer-long queue of heavy trucks at Ak-Tilek checkpoint, and the trucks continue to arrive in the hope that the day before the presidents of  and discussed the problem and came to a decision that the governments of the two countries should in December finalize the road map for settling the interaction.

Sooronbai Jeenbekov told reporters that the borders would be opened before the signing of the road map. However, the situation at the checkpoint did not improve.

A cold wind blows on the bypass road at Ak-Tilek checkpoint. Drivers of heavy trucks, who used to gather to talk and smoke, today hid in cabs. And only the driver of the car, standing almost at the very entrance to the checkpoint, nervously walks across an empty road — from one side to the other, watching how many trucks are in line in front of him.

Vladimir Ryabinchenko, with whom we talked, is a citizen of . He has been transporting goods to  for twenty years. This time he loaded his heavy truck with souvenirs and footwear. He says that he had not seen such disgrace for twenty years of work.

— How long have you been standing in line?

— Today is the ninth day.

— How long does it take to inspect one heavy truck?

— Trucks enter the checkpoint every hour and a half.

— It seems that you will cross the border today...

- God send, he sighs. «Let these rulers sort it out among themselves. We are waiting only for it.»

Everyone knows that the government allocates considerable funds to support truck drivers, who stand in the queue for weeks.

— The Ministry of Emergency Situations brings food directly to the trucks. The ambulance patrols. It renders assistance if needed. The patrol police often pass by. We are not complaining about this.

— Are you provided with diesel fuel for heating?

-No. We warm ourselves at our own expense. There vehicles have autonomous heating. About five liters of diesel fuel is needed per day for heating. And those who have refrigerating chambers working bear huge losses not to spoil the cargo," the truck driver says. 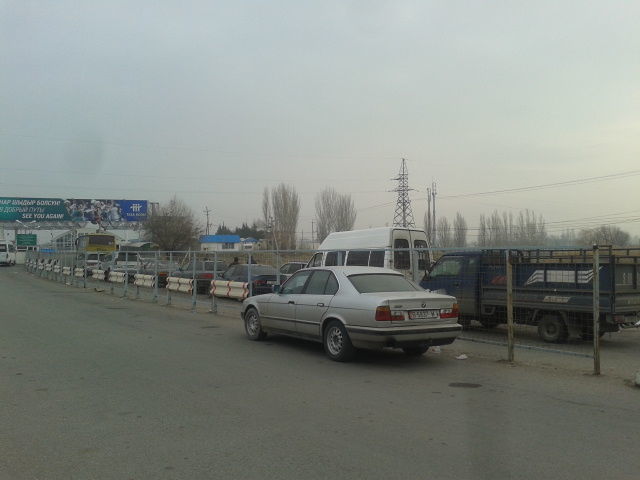 There is no big queue at Ak-Zhol checkpoint. Passenger cars cross the border quickly. The queue here is about several dozens of meters.

«Are you a journalist? We are fine. Thank the journalists for coming and telling the authorities and the people about what was happening here,» the taxi driver shouted passing us by.