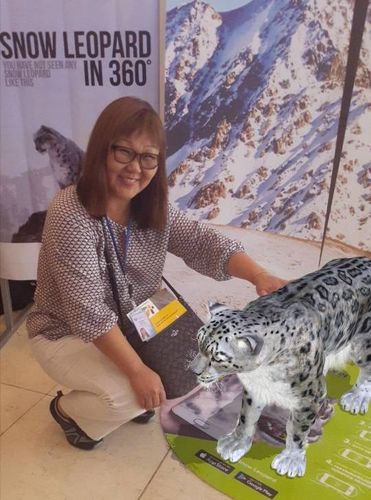 Citizen of Mongolia Elbegzaya Batjargal came to Kyrgyzstan in 2010 to work at the University of Central Asia. She is fluent in Russian, has many friends and is fond of mountains. The journalist of 24.kg news agency talked to «the heiress of Genghis Khan» about her impressions of our country. 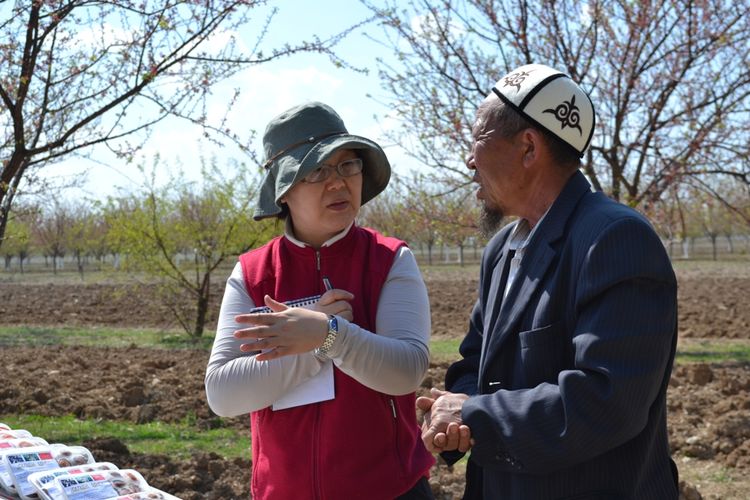 — When did you first hear about our republic?

— I’m from , and for us is a familiar country, unlike for many other visitors. We know your country well from the works of Chingiz Aitmatov. For today’s youth, of course, there is not much information about . They know that this is a region of «five stans» (laughs).

Our generation learned the Russian language at school, but now it is practically not spoken in .

I always thought that Central Asia was a uniform region, I did not know, for example, that there was such a big difference between and .

— You mentioned that you have arrived shortly before 2010 revolution...

— Yes, it was February 2010. The revolution began a month later. People said that mass disorders were about to take place.

Hearing the word «revolution» I imagined red flags, Bolsheviks, like in the 20th century...

Honestly, I did not believe that this would happen. And when everything happened, I did not go out on the streets for three days: I was scared.

And when I came out, I saw the smashed up «Narodniy» store, and I was frightened by the absence of policemen and traffic police. They were so needed! Let people say that they are corrupt and so on, I heard that they were beaten up then, but they are still guardians of order.

I see that the Kyrgyz people do not tolerate tyranny, they are very freedom-loving. In this regard, we are like you.

— You learned about from the works by Aitmatov. And what the country was like in reality, when you arrived?

— Basically, I knew how the Soviet cities look like. But I really liked the planning of Bishkek. The city is clearly divided into squares — so it is very easy to navigate, a tourist will not get lost. This is also convenient for driving a car.

I was also pleasantly surprised by the boulevards. I heard that earlier there was more greenery in Bishkek, but what is there now is also good.

— What are your impressions of the national cuisine?

— I like beshbarmak and I found a great café in Bishkek, where it is very tasty.

-Is it made of horse meat?

— No, I like the one with beef. We, the Mongols, do not eat horsemeat in the summer, it is considered as high-calorie food, and usually this meat is eaten in winter.

I also learned that there are many similar words in our languages. It turns out that the Kyrgyz have the word «myulzhyu» that means to eat meat, and in Mongolian it is «myulchyu.»

I also like melted butter. I often order it from Naryn.

— And what of the national dishes would you never try?

— When I had bronchitis, my acquaintances advised me to eat soup cooked of dog meat. I could not imagine how this could be done! But it was necessary. I almost cried when I ate it.

But there is a variety of cuisines in  — Uighur, Dungan, Russian, Uzbek, national one. This is great.

— And what has fascinated and disappointed you in close acquaintance with the local population?

— Speaking of the negative side, I noticed that some people can only promise, but not do.

But there are more positive sides. For example, I have never been stolen a wallet or mobile phone in a minibus.

I do not see drunken people on the street, drunken youth.

People tell me that I have such a circle of contacts where people do not drink alcohol. It is quite possible. But even at weddings, at birthday parties I did not see people drinking too much. I think this is thanks in large part to Islam — the doctrine that forbids alcohol.

— Do you miss your homeland, do you lack something?

— I’m a Buddhist, and I, perhaps, lack temples, where you could go, put a candle.

-And what about the food? Probably, not all the food products that you have in your homeland are sold here?

— There is no talkan. There is, but it is coarsely ground, ours is finer. We make bars of it.

— Have you found a favorite place in Bishkek where do you like to go?

— Duboviy (Oak) park and gallery, where artists exhibit their paintings.

And when my nephews came to visit me in the summer, they liked Ala-Too square, especially the fountains.

— Yes (laughs). It seems to me that the city does not have enough lighting. It is very dark even in some central parts of the city, and I am just afraid of walking in the evening, not to mention the outskirts. And the sidewalks can be made level. I feel sorry for girls who walk in heels along bad roads.

— Is it possible to call Bishkek comfortable for life? Have you faced bureaucracy?

— There are problems that can be solved through the Internet. But sometimes, to solve seemingly petty issues, you have to go to the company office with your passport.

For example, my chip from the entrance door was switched off. The company asked me to come to them with a passport. Or another example, for untimely payment, my cable TV was turned off. To connect it, I also needed to go to them with a passport. Could it be difficult for them to tell me by phone that I have a payment time limit? One usually does not pay attention to such questions. I would have paid if informed. However, many such institutions do not work on weekends, and on working days it is very difficult to be absent from work.

— Maybe you are mistakenly taken for a Kyrgyz, and therefore there is such a strict attitude?

— You know, I’m really taken for a Kyrgyz, because our peoples are very similar in appearance. They also think that I am from the south. 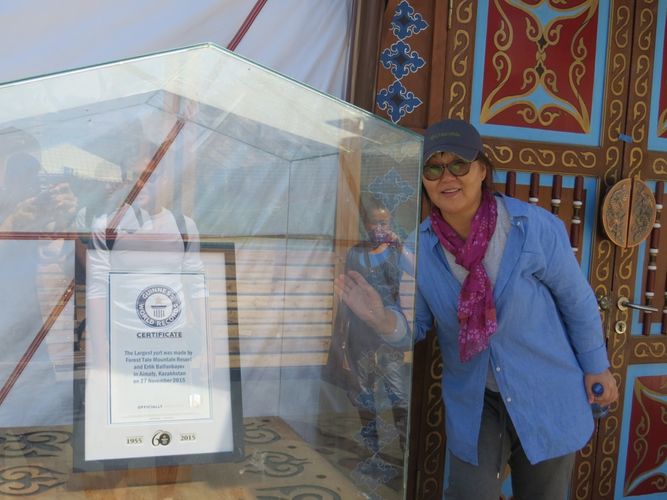 — Do you speak the southern dialect of Kyrgyz?

— No, I do not speak Kyrgyz. This is probably due to my accent in Russian.

— What would you like to wish to the people of ?

— You have very beautiful, majestic mountains. Because of them tourists come, mountaineering develops, here is very clean and tasty water, clean pastures, thanks to which you have quality meat.

I think you need to rationally distribute the available wealth, preserve nature, in order to hand it over to grandchildren and great-grandchildren in its entirety and good condition.