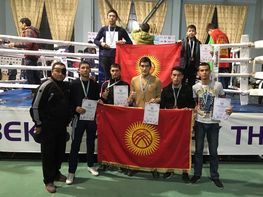 Ali-Khan Ergeshov and Daniyar Omurbekov on the way to the finals won two victories over the Uzbek team, lost to the Afghans in the decisive fight and won silver medals. The rest of our athletes reached the semi-finals and became bronze medalists.