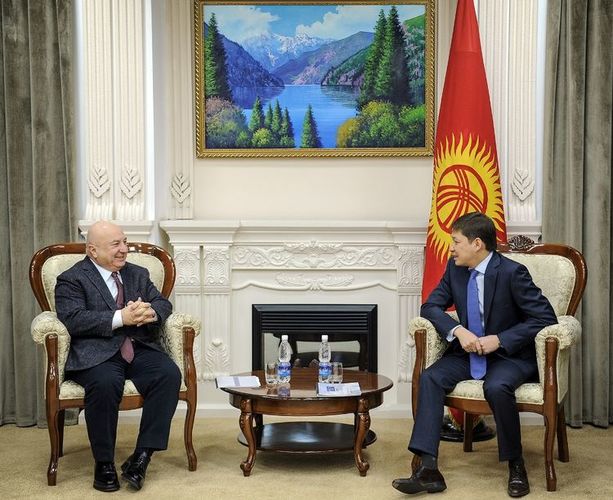 Prime Minister Sapar Isakov discussed investment projects with representatives of TAV Airports Holding, which is interested in investing in .  Department of Public Relations and Media of the government reported.

According to it, the participants discussed prospects for joint cooperation, in particular, investments in the modernization of international airports «Manas» and «».

Director of the company Mustafa Sener noted that in many countries of the world the airport management is carried out jointly with large private companies to improve airport infrastructure and increase passenger traffic.

The company operates 17 international airports in various countries of the world, and the total passenger flow is 100 million people per year.

Mustafa Sener stressed that the cooperation will improve the trade relations of  with foreign countries and attract new investments.

«We received positive information about the main macroeconomic indicators of the country. Also, according to our information, democratic institutions work in  and there are favorable conditions for investing,» Mustafa Sener said.

Prime Minister Sapar Isakov announced readiness for carrying out preparatory work for the comfortable entry of a new investor into the domestic market.

According to the company, it is ready to invest in the construction of new airports. Sapar Isakov noted that the government is ready to cooperate within this project, which will require additional consultations with the parliament of the country. However, the Prime Minister expressed confidence that the project will find support among the deputies.