Two tanks with fuel and lubricants run off the rails in Sokuluk. Information about this was confirmed in Kyrgyz Temir Jolu state enterprise.

The reader sent 24.kg news agency a photo from the scene, noting that three tanks had run off the rails in Shopokov. 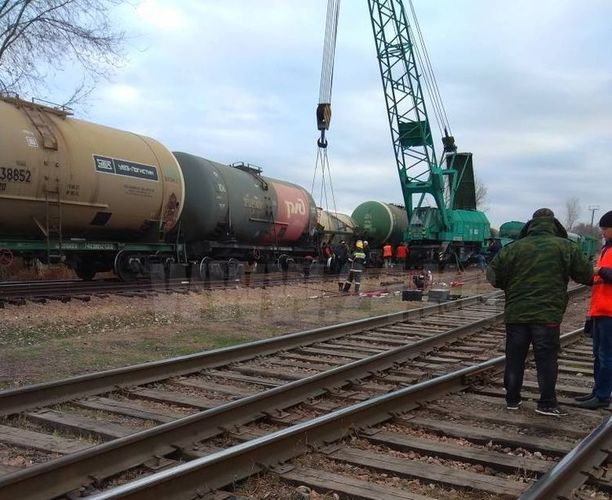 However, the Kyrgyz Temir Jolu explained that the incident occurred at the Sokuluk railway station. Two tanks with fuel and lubricants ran off the rails. Currently, the security service is on the site. The reasons are being determined, the movement of the trains is being restored.

While there is no information on the amount of fuel spilled.