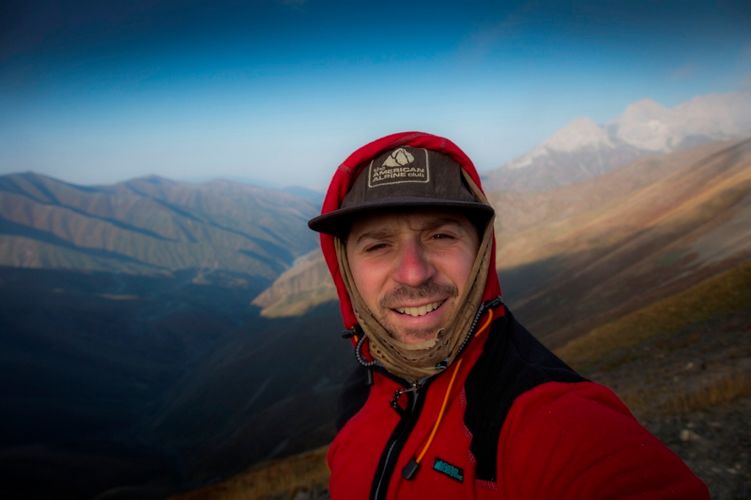 My name is Dave Katz, an explorer and documentary filmmaker from a small village in the state of , about from NYC. I grew up spending as much time in the outdoors as I could, and in college studied in Geology.

After college I got a job as a seasonal mountain guide and worked in the Nepal Himalaya, Peruvian Andes, , and the Sierra Nevada of California. During my off seasons from working in the mountains I would often return to explore greater mountain ranges on my own time, with friends or by myself.

In 2013 I gave up mountain guiding and began a new career path of documentary filmmaking and photography, mostly focused on expeditions and remote places. Since then I have visited over 85 countries on six continents and made over 20 short form documentaries. I had never visited Central Asia, and to be honest, the visa-free entry for Americans made Kyrgyzstan my first choice.

In the summer of 2016, after completing two complex documentaries, I headed to .

My route roughly was from Bishkek-Totogul-Arslanbob-AkTal-Son-Kul-Naryn-Chatyr-Kul-Karakol-Chopon-Alta-Bishkek, with a few major detours along the way.

— What surprised you in ?

— The first thing that surprise me, was trying to drive my rental van which had the steering wheel on the left side, but the traffic circulates on the right side. That was very challenging for me. On my last day in Kyrgyzstan I had a nice walk around the evening town and ate some delicious food. I would say, I spent a short time in Bishkek but enjoyed it. Kyrgyzstan in general surprised me in many ways, but particularly for the how vast and beautiful the landscapes and people are. In particular, the dark skies were incredible for night time photography and the wide open spaces great for flying drones. A landscape photographer’s paradise really. I would love to return, been thinking of it since the day I left. 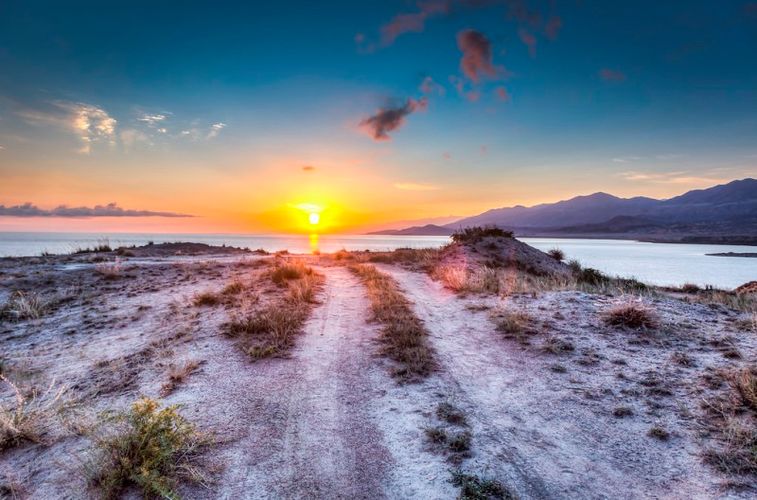 — Well, my hometown is a village of about 2,000 people, so Bishkek doesn’t remind me at all of my hometown. I did visit a few villages in my travels in Kyrgyzstan that did remind me of my village. I passed through many villages that were set in spectacular surroundings, perhaps the most memorable the various villages near Toktogul reservoir on the road from Bishkek-Osh.

Shortly after landing at the Bishkek airport, I could see the mountains behind the city. This made me want to get out of the city as soon as possible and head into the mountains, I did exactly this. Just a short drive from Bishkek I was heading into the Kyrgyz Ala-Too mountains and Ala Archa National Park. It was amazing there and I really enjoyed my time there.

— I enjoyed a night walk around , in August the weather at night was favorable for walking around.

— I passed through many small villages in my travels, and would always stop to try to find something to eat. Although I made this trip nearly a year ago, I enjoyed lagman in various places, as well as the common dishes such as samsy and oromo. By far the best food I had was a huge spread of many Kyrgyz dishes at a guesthouse near the mountains in Arslanbob.

-What are you afraid even to taste?

— I generally tried to steer away from the horse-originated products, such as kumys, although it was commonly offered, I don’t drink alcohol in any form, so I had to decline. Ditto for the horse meat products. For whatever reason I wasn’t attracted to those foods.

— The nomadic traditions of the people who live high in the mountains. Specifically in Kyrgyzstan I was impressed by the vast landscapes in which the nomads setup camps. Its a very, very remote countryside in certain places, and the people seem to be living just fine. It was refreshing to see this.

— And what disappointed you?

-The only thing that I found disappointing was that I didn’t have enough time to explore the country. Two weeks is not enough! I want to come back perhaps the same time of the year, or a bit later, in September, and make another film but that focuses more on the people and the culture, as well as the fantastic landscapes. I suppose I was a bit disappointed I didn’t film more in the towns and villages, would have loved to incorporate more of those types of images in my film. Also the food, I basically forgot to film any of that, as I was busy eating all of the delicious food!

Finally, would really like to thank Sergei for providing an excellent service in his rental car company.