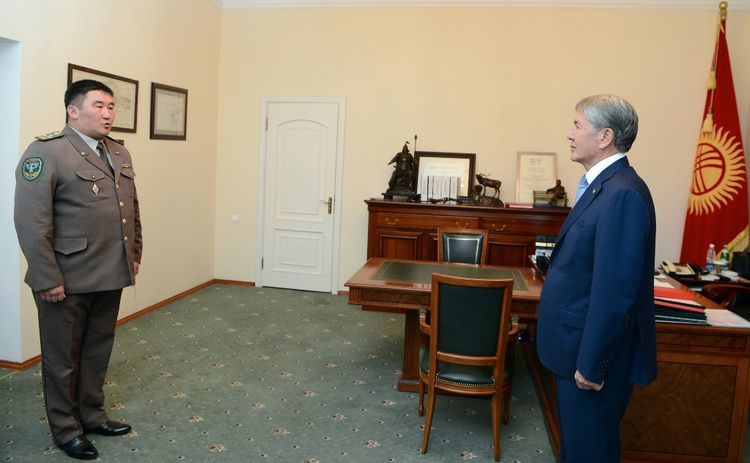 Almazbek Atambayev, during a meeting with the Chairman of the State Border Service, Ularbek Sharsheev, ordered to better lot of the people on the Kyrgyz-Kazakh border. Information Policy Department of the Presidential Administration reported.

According to it, the head of state was informed about the ongoing work on protection and guarding the state border, as well as the current situation on the Kyrgyz-Kazakh state border, where there is a large congestion of people and vehicles at the checkpoints of the neighboring country due to unilateral measures taken by the Kazakh side.

Almazbek Atambayev stressed that all necessary measures should be taken to better the lot of the people who found themselves in a difficult situation when crossing the Kyrgyz-Kazakh state border from .

The head of state instructed to assist in sending heavy vehicles with perishable goods first to ’s checkpoints.

The President also gave a number of instructions on further improvement of the work of checkpoints and protection of the state border of the country.