Dirty tricks. What angered members of “For Fair Elections" movement 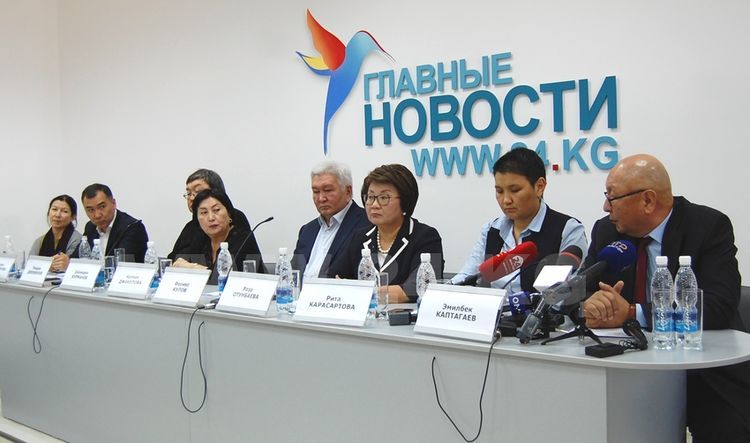 On the eve of pre-election silence, members of «For Fair Elections» movement held a press conference in 24.kg news agency.

According to ex-MP Felix Kulov, the election campaign period is littered with unscrupulous methods of struggle. Some media broadcast frankly false and defamatory materials against almost all candidates. According to the politician, especially OTRK and ElTR have succeeded in it. According to Felix Kulov, these TV channels have not thrown dirt at only one candidate from SDPK — Sooronbay Jeenbekov.

Felix Kulov added that it is absolutely unacceptable when the deputies of the Parliament are engaged in campaigning. He also noted the undisguised use of the administrative resource.

And the ex-president of the country Roza Otunbayeva believes that there is a certain growth — from elections to elections we learn the democracy all the same.

«But it is very strange that there are no government media outlets today at a press conference that continue to show lies and damaging materials. Members of our movement will not get on their screens,» Roza Otunbayeva stressed.

Elections of the head of state will be held on October 15.