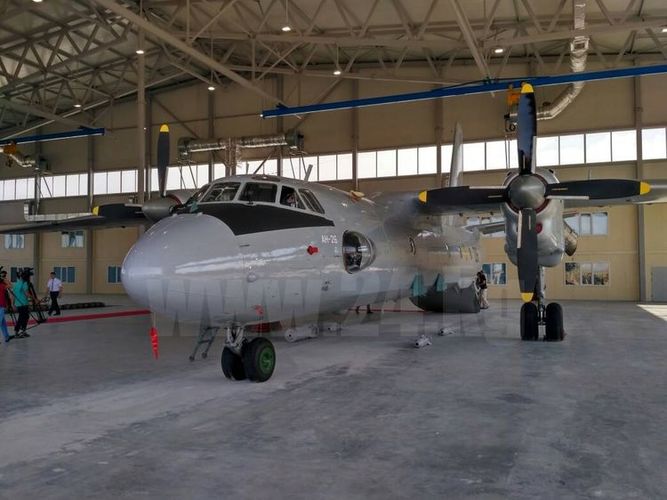 As the Deputy Minister of Defense of the , Lieutenant General Alexander Fomin noted in his speech, besides two AN-26, the Kyrgyz side also received ground equipment necessary to ensure the operation of the aircrafts.

« can always count on our support,» said Alexander Fomin.

Recall, a decision on the supply of military-technical assistance to  worth $ 1 billion was made in 2012 during the visit of the Russian President Vladimir Putin to the .

PM of Kyrgyzstan notes growth in COVID-19 incidence
News brief
27 September, Sunday
13:00
American Andrew Wheeler: Nothing beats Naryn’s bozo American Andrew Wheeler: Nothing beats Naryn’s bozo
26 September, Saturday
15:43
Will quarantine be introduced after the elections? President's answer
12:43
An-26 military plane crashes near Kharkiv, cadets killed
10:58
USA may limit student visa period for Kyrgyzstanis to two years
10:40
Seven more medical workers diagnosed with coronavirus in Kyrgyzstan
10:35
158 new cases of pneumonia, COVID-19 registered in Kyrgyzstan, 46,090 in total
10:30
155 more people recover from COVID-19, pneumonia in Kyrgyzstan
10:16
Private pharmacies to be liquidated in all hospitals of Issyk-Kul region
09:58
Cuba could be granted observer status in EAEU by the end of 2020
09:43
Construction of new building of Jalal-Abad hospital to be completed in November