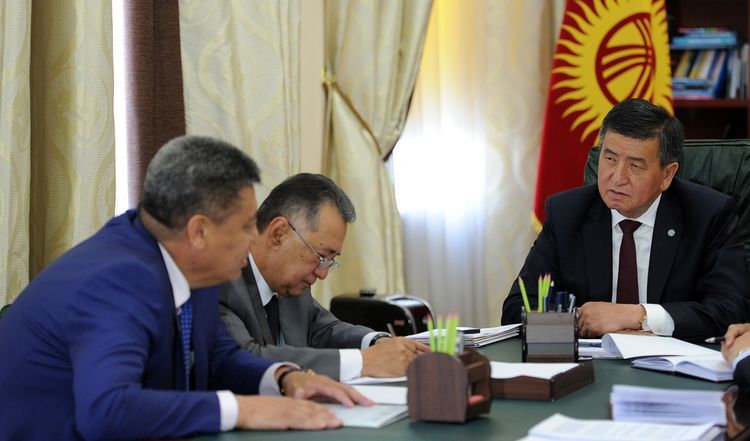 «The work on strengthening the unity of the multinational people is extremely important and requires constant attention and serious efforts from all heads of state bodies and citizens," said the Prime Minister of Kyrgyzstan Sooronbay Jeenbekov. Information Policy Department of the Government of the reported.

The topical issues of implementation of state policy in the sphere of local self-government development and further strengthening of inter-ethnic relations in the country were touched upon.

Sooronbay Jeenbekov stressed that , which has extensive experience in co-residence of various ethnic communities, needs to achieve effective implementation of all measures to preserve and further develop constructive interethnic dialogue in the interests of each citizen and the country as a whole.

Prime Minister Sooronbay Jeenbekov gave a number of instructions on working out a program for the development of local self-government bodies.