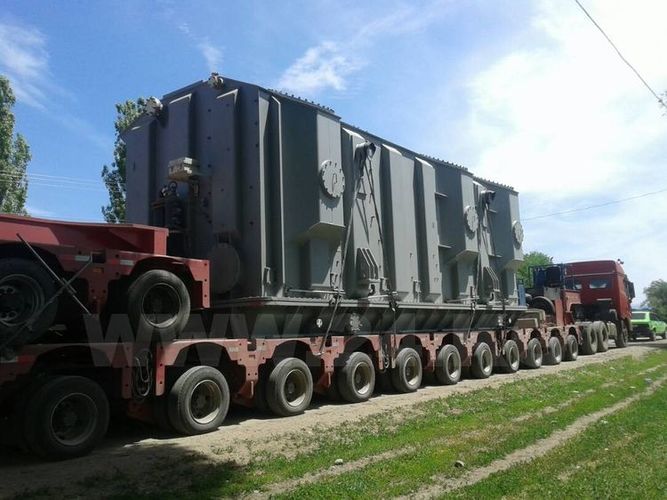 A 330-ton power transformer is being delivered to the Toktogul HPP, the press service of Electric Stations JSC informed 24.kg news agency.

According to its information, the transformer SSP-425 000/500 with a nominal capacity of 425,000 kVA will be delivered to the largest hydroelectric power station in Kyrgyzstan to replace the old 400,000 kVA transformer installed at the third hydroelectric unit of Toktogul HPP.

As the head of the press service of Electric Stations OJSC Takzhana Aidaralieva told, the equipment was manufactured in , the transportation is carried out from the PRC through , then to  via Otkok Pass to Toktogul HPP.

«Due to the large dimensions and weight, the transformer can’t be transported through , so we transport it through and Talas region," she said.

In the future, it is planned to deliver three more similar transformers.