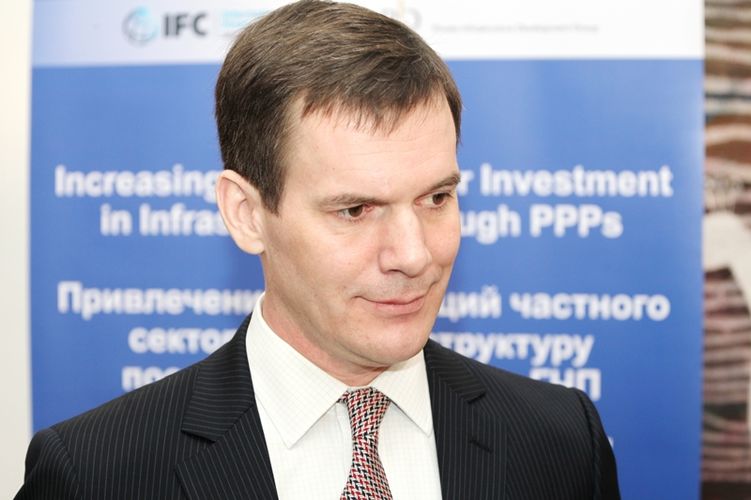 Martin Naegele has been living in  since 2014. He came to the republic to head the office of the International Finance Corporation (IFC), a member of the World Bank Group. Prior to his arrival in , he worked at the World Economic Forum in .

Acclimatization and integration into local life did not take long. I think it’s because I really wanted to become a part of the local life and culture as soon as possible.

— People are very kind, sympathetic and hospitable. Kyrgyzstanis honor family ties, traditions of respecting the elders, creation of a strong family, but at the same time show interest in other cultures, learn languages ​​and have an active civic position, they are not indifferent to the political processes that take place in the country.

It is also a fascinating nature. There is nothing more beautiful and rich than the nature of . Many tourists come here because of its primevalness and grandeur. Admiration for the beauty of the nature of  is only growing.

I also like that Bishkek is a green city. Lately, it has been said that the city loses its green areas, but despite this, Bishkek remains a garden city.

— Is there any similarity between Bishkek and your hometown?

— My hometown is Feldkirch in the west of . It is as green as Bishkek, and not heavily built up. Here, having left the city, you can enjoy the grandeur and beauty of the mountains. My city is also very close to the mountains, half an hour’s drive or even less. 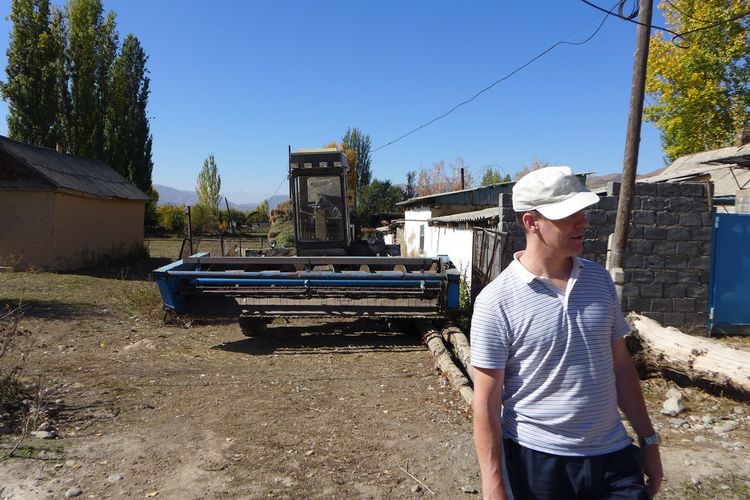 Bishkek has become much better in recent years. As I have already noted, more options for leisure have appeared there. Now I can not imagine myself living in another city. I know Bishkek very well, people, language; I have friends, colleagues, contacts here.

I live in the private area, and I have a small garden with apricots, grapes, apples, and I look after them with pleasure. Everything is good here, and Bishkek is my second home.

— I would say that Bishkek is built for cars, it has little human dimension. I like to ride a bicycle, but unfortunately, the conditions in the city are not quite suitable for this type of transport. Riding a bicycle around city streets is not safe, and the attitude of automobilists to cyclists leaves much to be desired, but the latter are also full-fledged road users.

In general, there should be more infrastructure for pedestrians and cyclists. In addition, landscaping of the city is also important.

It is also extremely important to increase the interest of citizens to more actively participate in creating the image of the city and the process of forming a new friendly urban environment.

— I like . It became much better after the reconstruction. I like to walk and ride a bicycle along the . Karagachevaya Grove is a very quiet and green place. In general, I’m not the one who likes to visit only popular sights.

I prefer extreme tourism and unusual hiking routes to different places in the country. I try to get out of the city on weekends and holidays. I like to visit Naryn region and the southern coast of . There are endlessly beautiful places and fascinating landscapes. 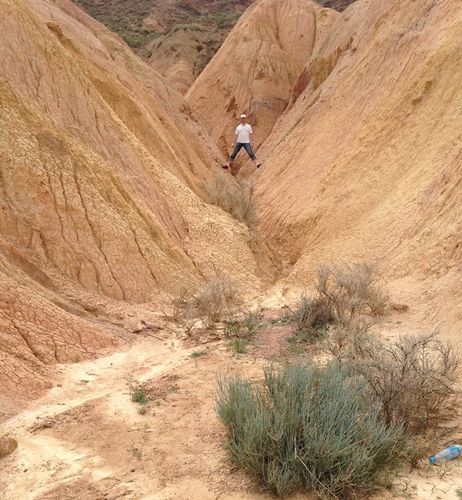 — As the locals say, if you did not eat meat, then you got up hungry from the table. I really like yak meat. It can be tasted in just a few countries around the world. By the way, beshbarmak with such meat is very tasty.

Of course, I really like the traditional and famous beshbarmak. It is a masterpiece of the national cuisine, polished for centuries.

I also share the love for a variety of dairy products, such as maksym, kaimak, kymys, ayran, kurt.

— I traveled a lot around the country and everywhere I met good-natured and hospitable people, especially in remote and secluded places of . It is there you can feel the real hospitality of ordinary people. This is a unique experience. This attitude to the guest is no longer met in the West. 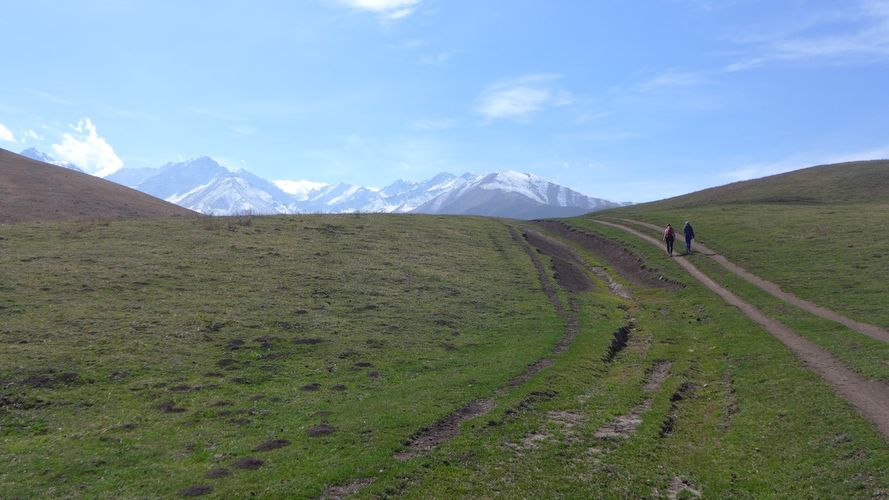 — According to experts, more than 50 percent of people live in cities. And this trend will only continue. So, by 2045, the cities will be replenished by another 2 billion inhabitants, increasing the total population of the planet living in cities to 6 billion. Cities are responsible for 70 percent of greenhouse gas emissions. 600 largest cities in the world by 2025 will produce more than 60 percent of global GDP — they are so important today. 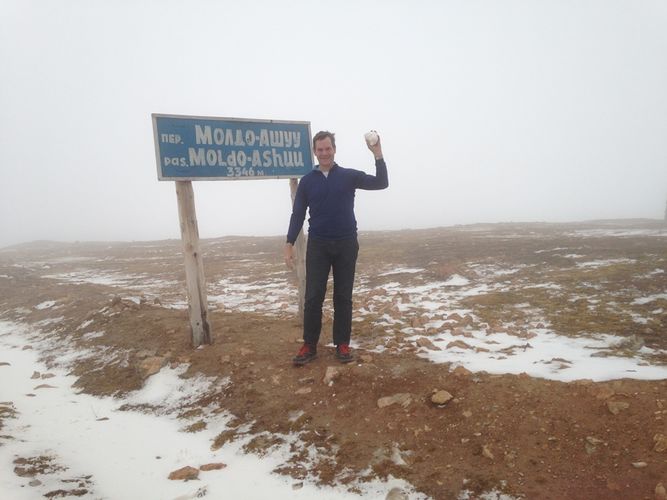 Urbanization poses new challenges. Will there be enough water and electricity in the cities? How to deal with environmental pollution? What is the future of transport systems? That is why specialists from various fields are paying special attention to the cities today. Our organization is among them.

IFC works with governments and the private sector to create inclusive, safe and sustainable cities. For example, in  we cooperate with the Ministry of Health to improve the quality and availability of hemodialysis services, we are negotiating over a number of projects to improve the infrastructure of Bishkek: «», parking system. I very much hope that we will be able to successfully implement these projects, which will improve the quality of services and living conditions for the population of the city and the country as a whole.

link: https://24.kg/english/53464/
views: 2672
Print
Related
Olivia Stevens helps Kyrgyzstanis to get education in the USA
James Hashim dreams of opening Spanish restaurant in Kyrgyzstan
ADB Country Director Kanokpan Lao-Araya: Bishkek is quite cosmopolitan
Atsuto Uchiyama about difference between Japanese and Kyrgyz sushi
Siôn Roberts: Bishkek saved me from sad and depressing time during the pandemic
Oscar Herrero from Spain about his worries and delights in Kyrgyzstan
Valerian Sibille doesn't like Kyrgyz language, but wants to return to Kyrgyzstan
Striker of Alga Tosin Aleriwa about football, plov and stupid people
Choreographer from Cuba Michael Campos: Kyrgyzstan is special
Eraj Kaniev from Gorno-Badakhshan finds his home away from home in Kyrgyzstan
Popular