Intensification of contacts with Turkey necessary-Speaker of Kyrgyz Parliament

The Speaker of the Parliament of Kyrgyzstan believes that the deputy friendship groups need to intensify contacts with . ChynybayTursunbekov said it at a meeting with the Chairman of the Grand National Assembly Ismail Kahraman. 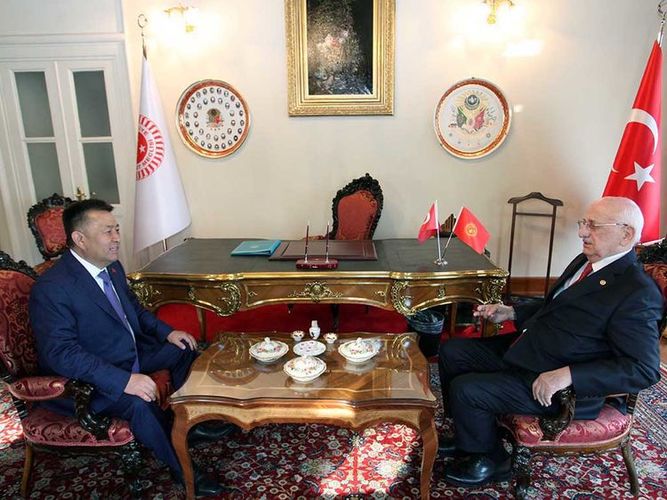 As the press service of the Speaker of the Kyrgyz Parliament noted, during the meeting the parties discussed issues of cooperation between the countries in various areas, noting the need to increase parliamentary cooperation.

Chynybay Tursunbekov congratulated the people of  and the head of Parliament on the successful holding of a referendum on amending the Constitution of Turkey on April 16, 2017.

Kyrgyzstan respectfully regards the choice of the brotherly Turkish people who voted to strengthen the statehood, democracy, social and economic development of the country.

Touching upon the interparliamentary cooperation, the Speaker of the Parliament expressed hope that the visit of the Kyrgyz delegation would give a great impetus to further deepening of the ties between the legislative bodies of  and .

«Parliaments of the two countries play a big role in the development of bilateral relations as a whole. Therefore, there is a need to intensify contacts between our friendship groups and add quality," he added. 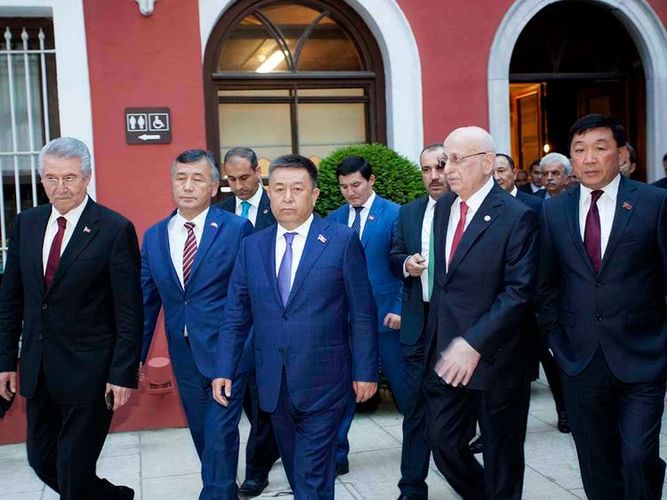 According to Chynybay Tursunbekov, TURKPA makes a great contribution to strengthening cooperation between the fraternal Turkic-speaking countries. He informed the interlocutor of the readiness of the Parliament to hold the next 7th plenary meeting of the organization in late July this year.

«The peoples of our republics should be shoulder to shoulder at any difficult time, overcoming difficulties in the spirit of solidarity and brotherhood," Ismail Kahraman said.

The Speaker of Turkey, having agreed with Chynybay Tursunbekov’s opinion on strengthening parliamentary cooperation within the framework of parliamentary friendship groups, expressed the opinion that it was necessary to deepen friendly ties in a multilateral format.

A wide range of issues was discussed at the meeting, in particular, the current state of partnership in the economic and cultural-humanitarian spheres, and ways for their further expansion.

Chynybay Tursunbekov visited the at the invitation of the Chairman of the Grand National Assembly Ismail Kahraman.