The team of  is in the top the medal standings of the IV Islamic Solidarity Games. The official website of competitions reported.

The games ended on May (). The program included 21 sports. Kyrgyzstanis won medals in six of them. Our country was represented by 69 athletes. They won four gold, five silver and eight bronze medals. got 9 medals in wrestling, four — in judo, one — in swimming, track and field, volleyball and wushu sanshou. 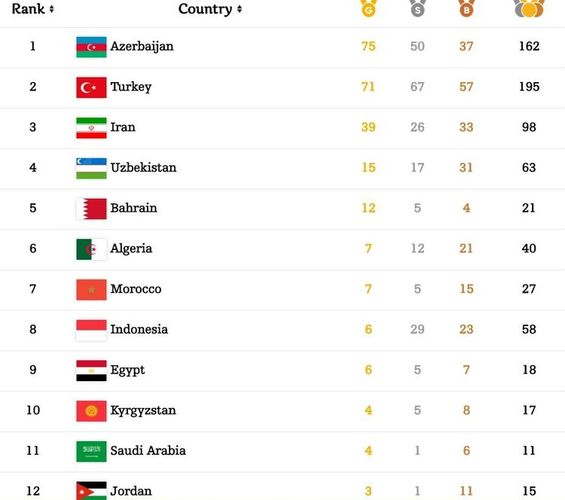