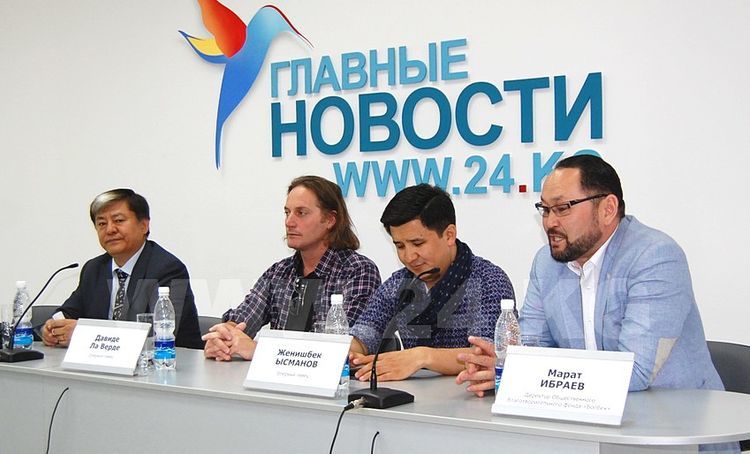 A solo concert of the winner of Pavarotti D’Oro Prize, tenor Jenishbek Ysmanov, will take place in Bishkek on May 20.

The opera singer from Italy Davide La Verde will also take part in the concert. The Academic Grand Symphony Orchestra named after Dzhumakhmatov will play under the direction of the Honored Artist of Kyrgyzstan Rakhat Osmonaliev. In addition, the organizers promise surprises.

Jenishbek Ysmanov lives in Milan now, he sings in theaters of Europe under contract. On world stages, Ysmanov played Rudolph’s parts in Puccini’s La Bohème, Alfred in Verdi’s La Traviata and others.

Davide La Verde, after graduating from the conservatory, practiced for more than two years with the maestro Marcello Martini. He debuted on stage in the opera Tosca by Giacomo Puccini at the American Theater in .

A specially invited guest is the widow of Luciano Pavarotti, Nicoletta Mantovani, the head of the opera singer’s fund, an Honorary Professor at the Bologna Conservatory.

The head of the Kyrgyz National Conservatory Muratbek Begaliev expressed the hope that Jenishbek Ysmanov will perform in  more than once.

24.kg news agency is an information partner of the concert.