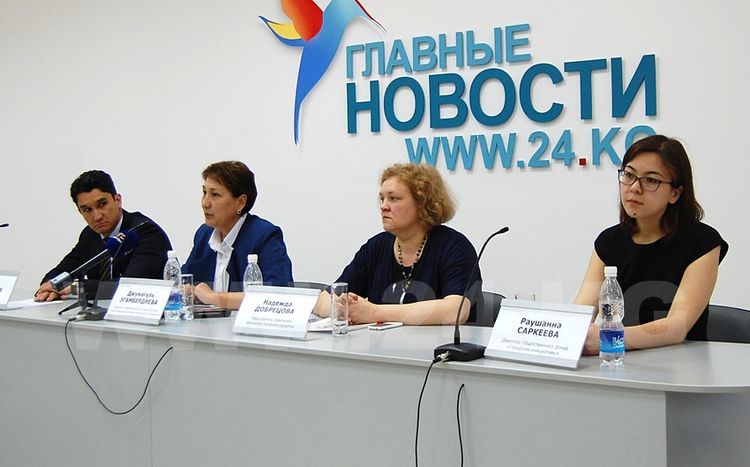 The first forum of cities of  will be held on May 12- the building of the National Library in Bishkek. Its organizers announced today at a press conference in 24.kg news agency.

According to them, this is a platform for the exchange of experience between practitioners and experts, local government specialists and entrepreneurs, politicians and active citizens. These are professional discussions about the development of cities, master classes of experts and presentation of the best practices of cooperation between municipalities and townspeople, discussion of ideas and search for effective solutions.

Representatives of each of 31 cities and towns of our country are invited to the forum. Urban experts from Russia, Switzerland, Spain, Kazakhstan, Latvia, Ukraine, Tajikistan and Armenia will be among the delegates.

Executive Director of Soros Foundation-Kyrgyzstan Shamil Ibrahimov noted that the first two similar forums were held earlier in Bishkek and . «They showed the high interest of citizens in various events to make the cities comfortable for living. I hope that tomorrow’s forum will be a new starting point not just for urban development, but for the development of big cities and small towns of our country," he said.

Another participant of the briefing, the director of Urban Initiatives NGO Raushanna Sarkeeva, noted that the agenda of small towns has always been significantly different from the agenda of large cities — Bishkek and , but there are common issues and problems.

«According to the results of the survey, 37 percent of the residents of Balykchy say they want to leave if there is an opportunity. This indicator is much lower in Batken. What makes people think of leaving? Basically — lack of job and infrastructure, unsatisfactory condition of parks, squares, there are even no leisure opportunities," she said.

«At the same time, Bishkek and have much to learn from small and medium-sized cities. People disinterestedly carry out many projects there and try to develop their settlements," added Raushanna Sarkeeva.

It is noted that more than a third of Kyrgyzstanis live in cities. The poverty level in cities is slightly lower than in rural settlements.

The forum was organized by the State Agency for Local Self-government and Inter-ethnic Relations, Urban Initiatives NGO, Development Policy Institute with the financial support of the Soros Foundation-Kyrgyzstan and the Swiss Embassy in the .