Kyrgyz athletes were not allowed to enter . Information about this was published on the website of the Department for Youth and Sports of the Odessa Regional State Administration.

It is noted that «unfortunately, athletes from , and could not get to the competition because of the border service, but the tournament was still held at the highest level and left an unforgettable impression among the fans.»

At the same time, on May 1, the Ukrainian media, referring to the press service of the State Border Service of Ukraine, issued a statement that «in connection with increased security measures, eight citizens of , and were detained at  and airports.» 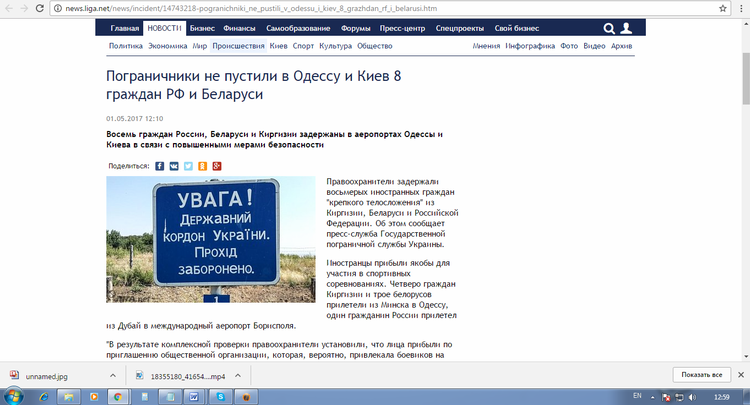 The Ukrainian media say: «Foreigners have come allegedly to participate in sports competitions. Four Kyrgyz citizens and three citizens flew from to , one Russian citizen came from to .»

As a result of a comprehensive inspection, law enforcement officers found out that the persons arrived at the invitation of a public organization that probably recruited the militants to Kulikovo field, who also took part in attempts to seize power.

According to the media, all citizens who could not specify the precise purpose of their stay on the were not allowed to cross the border and were returned back," the press service said.