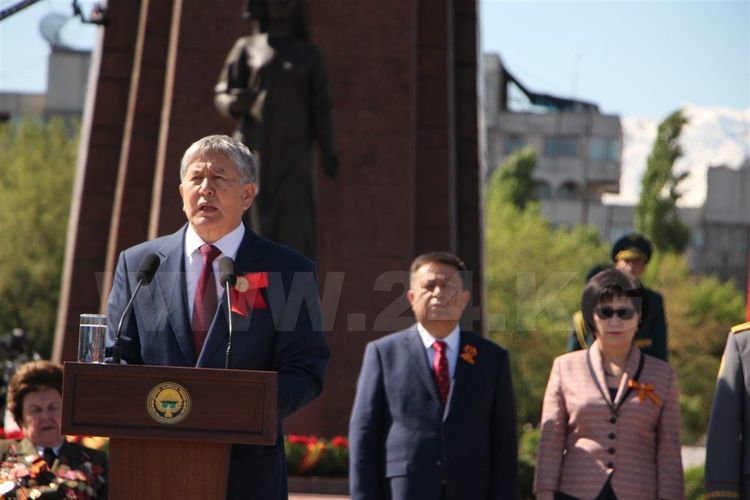 Photo 24.kg news agency
«Unfortunately, in recent years, the voices of those who stir up xenophobia and enmity between our fraternal peoples become in  more loud," Kyrgyz President Almazbek Atambayev said at a rally-requiem on the Victory Day.

According to him, several years ago, the famous Russian writer Mikhail Veller in an interview with journalists actually supported the skinheads, saying that they simply unconsciously take on the functions to protect the Russian state. That is, killing hundreds of defenseless people, including children, skinheads, it turns out, protect the interests of ," the head of state said.

And after the recent tragedy in St. Petersburg, when a terrorist blew up metro, having killed and injured dozens of peaceful people, some Russian politicians and the media have literally started hysteria against migrants from Kyrgyzstan.

«State Duma deputy Konstantin Zatulin on the air of the Rossiya-1 TV channel called for harsh measures against migrants from , justifying it by the fact that the Kyrgyz are outsiders, they don’t belong to the number of peoples historically living in . I am sincerely grateful to the moderator of that program for a fitting response to Zatulin," the president said.