Atambayev: Issue of shortage of schools in country will be solved radically 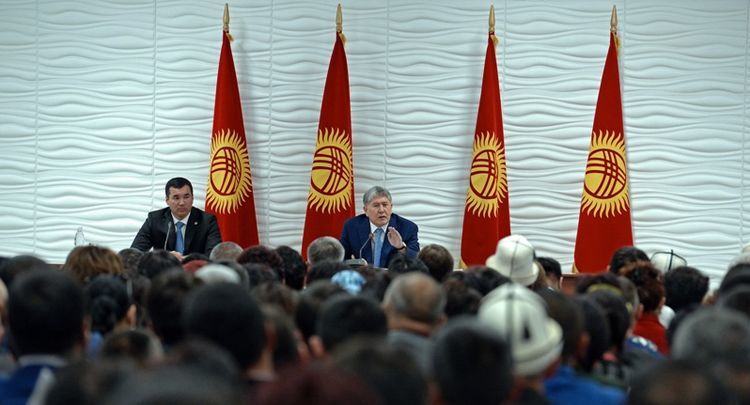 President Almazbek Atambayev said at a meeting with  activists that «the issue of the shortage of schools will be solved radically, so that there is not a single emergency school left in the country," the information policy department of the president’s office reported.

According to it, during the meeting, traditionally held in «question-answer" format, the head of state noted that «most of the issues that were raised by Issyk-Kul residents during the last meeting in the fall of 2015 were resolved, the rest, in particular concerning the construction of schools and other social facilities, are being addressed.»

Reportedly, the President noted that it was planned to finish the construction of Chok-Tal — Cholpon-Ata section of Balykchy — Cholpon-Ata — Korumdu highway by the beginning of the tourist season, by the middle of June.

The state will also find means to rehabilitate the roads of Karakol town.