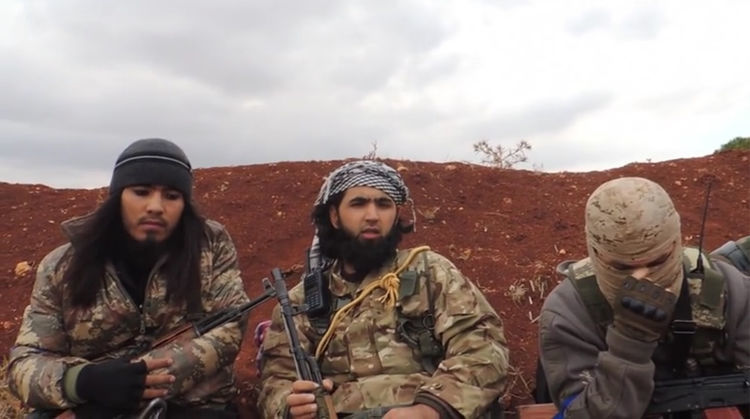 Photo Wikimedia Commons. Sirozhiddin Mukhtarov is in the middle

A contractor of the terrorist attack in the metro of  — a Kyrgyz citizen Sirozhiddin Mukhtarov, nicknamed Abu Salah al-Uzbeki, is included in the Interpol database. Gazeta.ru reports with reference to FSB and GKNB of the .

According to the intelligence services, he is wanted by Interpol for organizing a suicide attack against the Chinese embassy in Bishkek. According to the State Committee, Sirozhiddin Mukhtarov was born in  the of , region.

Mukhtarov’s file on the Interpol website says that he is a citizen of Kyrgyzstan and is suspected of terrorist attacks, financing of terrorism, forgery of documents, illegal crossing of the border and the organization of criminal groups. 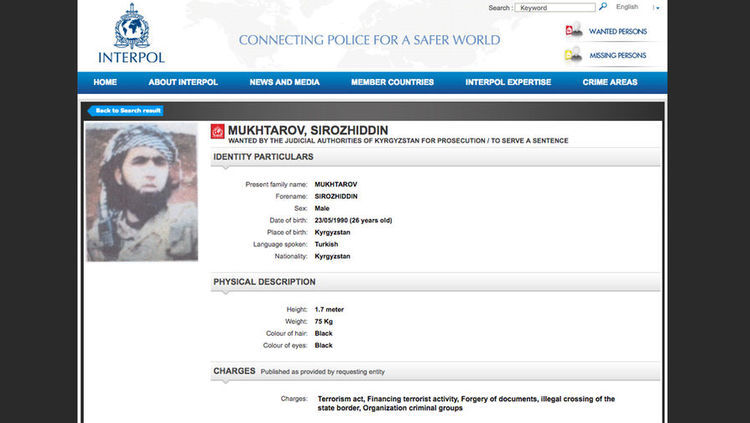 The charges were brought against Mukhtarov after investigation of the terrorist attack at the Chinese embassy in Bishkek. Then, an Islamist Uighur rammed the gates of the diplomatic mission by a minivan stuffed with explosives.

According to the results of the investigation, the State National Security Committee (GKNB) mentioned «Uyghur terrorist groups operating in ," affiliated with the organization Jabhat al-Nusra — the Syrian branch of Al-Qaeda (both groups are banned in ) as a contractor of the terrorist attack. They acted through the leader of Tawhid Wal-Jihad Sirozhiddin Mukhtarov, born in 1990, nicknamed Abu Salah, the agency’s website says.

Law enforcement officers of  specified that Mukhtarov is an ethnic Uighur who indicated in the passport Uzbek nationality.

He came to  from with the Tajik passport. Osh Uzbek Izzotillo Sattybaev, born in 1991, «having undergone sabotage and terrorist training in " had helped to organize the terrorist attack. The latter entered the with someone else’s Tajik passport, then rented a house, bought a minivan for the terrorist attack, helped the suicide bomber to make an improvised explosive device and navigate in Bishkek.

Sattybayev flew from to  a few hours before the explosion.

In total, the State National Security Committee arrested five people, mostly Uzbeks from the region, including employees of a Kyrgyz travel agency, which also worked in  on suspicion of aiding the terrorists. A few more people hiding in Turkish territory were put on the wanted list.

Explosion in the metro of  occurred on April 3. According to the investigation, the terrorist was a native of Kyrgyzstan Akbarzhon Jalilov. 16 people were killed in the attack, including the terrorist. About 50 people were injured.