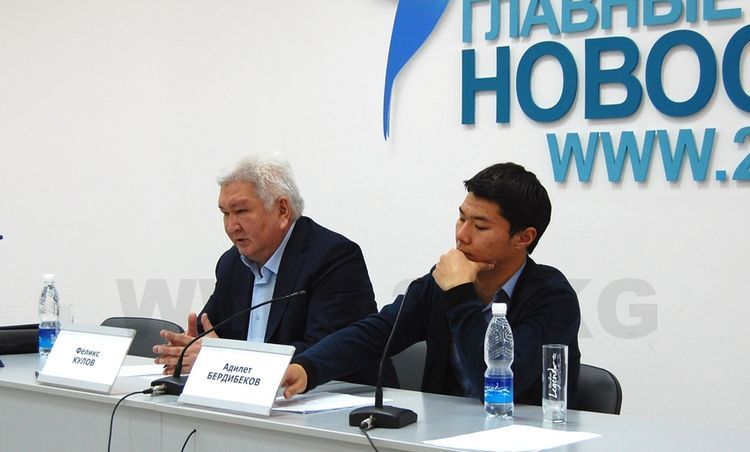 Ex-deputy Felix Kulov calls not to criticize, but to propose ways for development of . He said this today at a press conference in 24.kg news agency.

«Today, when many people start criticizing, everyone applauds to them. We all know how to criticize, especially in the kitchen. Then these kitchen talks turn into politics. As a result, there are continuous insults and labeling. It is very important now to create political competition," Felix Kulov said.

He noted that he represented the Forum of political parties, public figures and youth organizations. The Forum plans to hold round tables, where several topics will be discussed, including the current political situation, improvement of the state structure in order to eliminate and prevent collective irresponsibility and ensure political stability; how to put into practice the slogan «Make way for the young!»; specific economic projects, concepts, ideas, proposals for the development of the country and regions. The most significant projects after consideration at the round tables will be offered to the presidential candidates for inclusion in the election program.

«We want to create a political competition of views and ideas. The age of the participants does not matter for us. At the same time, the Forum does not intend to nominate a single presidential candidate. To begin with, we need to find out what a candidate wants," Felix Kulov said, adding that he himself does not intend to run for president’s post.